Mammootty- B. Unnikrishnan’s film Christopher has been completed. After 79 days of shooting, the shooting was completed on September 29 at 2 am. Mammootty’s shooting in the film lasted for 65 days. RD is producing Mammootty’s biggest big budget film in recent times. The Illuminations. Udaya Krishna is writing the script of this action thriller film which is coming out with the tagline Biography of a Vigilante Cop. Sneha, Amala Paul and Aishwarya Lakshmi are the heroines in the film and South Indian actor Vinay Rao is also appearing in an important role. This is Vinay Rai’s first Malayalam film. Along with Shine Tom Chacko, Dileesh Pothan, Siddique, Jinu Abraham, Vineeta Kosi, Vasanthi etc., around sixty new faces are playing various characters in the film. The film had more than 56 locations including Ernakulam, Pooyamkutty and Vandiperiyar. 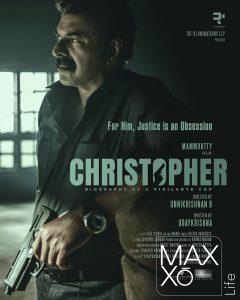