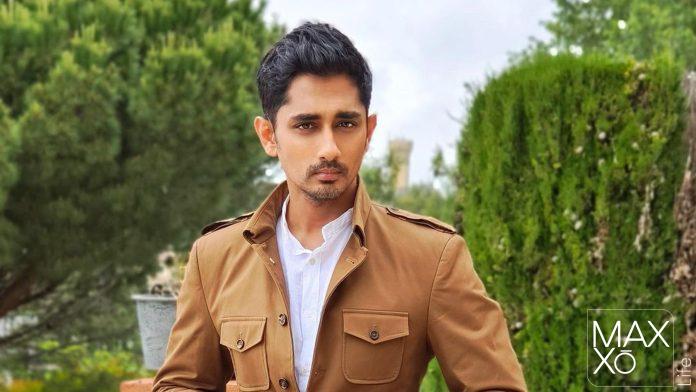 Siddharth Suryanarayan, an Indian actor who primarily works in Tamil, Telugu, and Hindi films, is one of those celebrities who uses social media as a platform to discuss his movies and politics and voice his concerns. He’d recently been linked to a slew of controversies and rumors.

Yesterday, he took to social media and shared that his elderly parents were harassed for twenty minutes by CRPF officers at an empty Madurai Airport. He wrote in his story that they were very rude. He said that his parents were asked to remove coins from their bags. The authorities kept talking to them in Hindi and refused to speak English, even after requesting them to do so. Officers said that in India, this is how it is, when they protested. He felt that they were jobless people showing off their power.

Many people reacted against this, saying that this was just a publicity stunt and that he shouldn’t expect every Indian to know a foreign language like English. 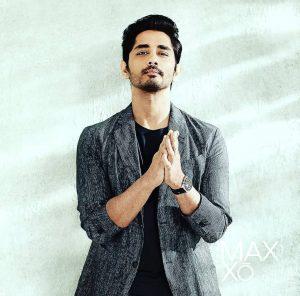 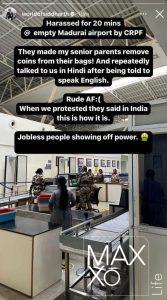