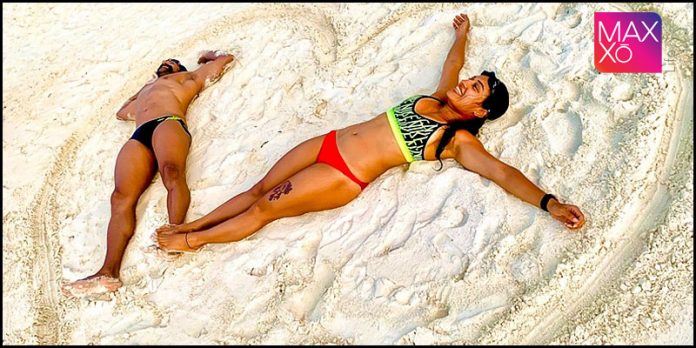 Actress Pooja Ramachandran, who started her career as a video jockey in SS music channel, later ventured into acting, and has acted in many movies in Tamil like Pizza, Nanban, Kaa

The actress, who has also played lead roles in several movies in Telugu, is now acting in movies such as Atlee production Andhagaaram. Pooja got married to actor John Kokken last year, and the couple has been active on social media with their interesting workout videos and travel memories.

On eve of their first wedding anniversary, John Kokken has shared a beach holiday picture of them and has captioned it “Celebrating 1 year of lockdown with you my love. HAPPY WEDDING ANNIVERSARY @Poojaram22 . To many more years of loving you. #lockedupinlove #weddinganniversaryinlockdown #foreverinlovewithyou #soulmates #luckytohaveyou”. Pooja has posted a lovely video complication to celebrate her wedding anniversary as well.

My phone over flows with memories we’ve made in the last one year! It was tough to choose.. All I want to tell you @highonkokken is that I’ve grown learning and unlearning so much with you that I feel beautiful from the inside. I can say so much but I’m so protective about the love we share that this feels enough. Just know that you make me shine! #raw #unfiltered #mymirrorsoul

Mrunal Thakur, the epitome of elegance