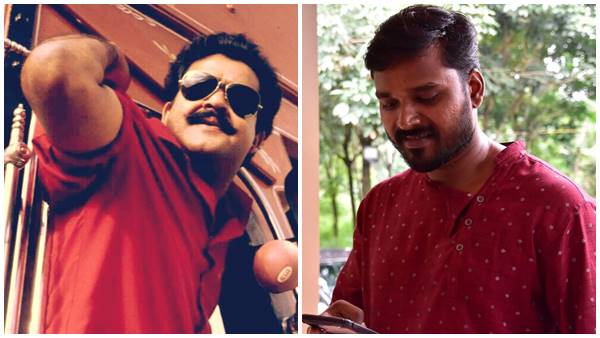 Adhoma and Chacko Mash, perhaps the most compelling father-son combo that ever hit the hearts of Malayalees. The crystal, known as Bhadran’s Master Piece, was gifted to the Malayalees by Mohanlal and Thilakan. When Mohanlal and Chacko Mashay Thilakan competed as Atoma, the audience got one of the best classic films of all time. The glass, released in 1995, has been a constant topic of discussion in many film groups for years. Now, 25 years after its release, Chacko has written to Mash Mary. Sarath Sasi is behind this interesting letter. However, the letter has already been debated on social media. Earlier, Sarath had written a number of posts as a letter written by the characters of the film years later. Social Media has taken over all of them. Nakulan Brahmadattan’s letter to the Holy See was the most well-received.

Sharad Shashi’s Facebook post Dear Mary, Are you and Jansy all right? What does Jerry say? Everybody here says that the price of grass in the country is now. Is Jerry still working as a chemical engineer in the British company after Brexit? Does Jerry still bring perfumes? Did Thomas make any contribution to the scientific world after Tulasi’s youngest daughter was born? After I left there, the globe has been rotating around the sun for about 24 times today, the 6 leap years have passed, the DPEP has come and gone, the self-financing colleges have been shut down, and the crushing of school children by mashumar has become a criminal offense. A long time gone. Everything looks like it was yesterday. Doctors make children their doctors, lawyers make their children lawyers Politicians make their children politicians. In that sense, I won the President’s Award for Outstanding Teacher, was it a mistake, Mary, that Thomas should be a world-renowned mathematician? Let it go. I recently put up here and saw our Laila. The boy was nothing like we thought. Panchapavar is the one. Remember that in the case of our Toma beaten up policemen, a boy who did nothing wrong was taken by the police in the hands of the police? She never gave up even when we denounced Toma. Tomai was the only one who was beaten by the police often. I know she was telling us that our son ate mashed potatoes in lamb milk to relieve the pain. The boy is smart enough to find that sugar does not live in blood.

When I think about now, I realize how much Thomas loved me. Instead of nicknamed some Hippopotamus or Urang Utang, he gave me the nickname he was referring to, Tiger. The tiger, our national animal, is sometimes called a striped tiger. By that I mean the nickname. It was a cold war. How creative we got into fights. Toma grows up with Mina and calls me a tiger, and I spit out the chocolate that he brought, saying it was the bitterness of the dog. Toma symbolically wipes the sleeves off my shirt, and I symbolically place it on the eighteenth coconut yard. He had a poem by his name, just as he gave me. The devil or the devil. In the current generation, it’s a better name than crystal. Now it looks like Laurie’s name hasn’t changed. That is when I said it. Thomas sometimes drives the lorry at high speed. Now that the police have set up a full camera in High Range, Petty will be told to come home if he is not careful. Does mint still drink toddler? Or did you quit after the wedding? The chief secretary is the one who said that Jansie Moll’s wedding was coming. Did he ever come home looking for me later? I never thought he would give me an account that taught me everything. Tomas was nothing but a rowdy, Mary was a law-abiding man who maintained law and order in the country. Help Basheer fall in love with Pookoya’s daughter, get married, help her friend who washed in blood, buy ice cream for a worried little girl Teach us the value of time and how good things are. Wagamon Mary, Kuttikanam Kochamani and Mundakayam Valsala are to be cautious of his companions who claim that our Toma has an affair. He has been this way of dealing with each and every problem on their behalf. “A mint of water to drink to a friend who weeps from salt.” The only relief is that he is still with him. The only thing is difficult. I was advised that he would be nice Ravunny bending akramiccal organized by defeating other subjects except mathematics, Thomas took a step in which the Idea, Jansen pet, jansiyum you and that ‘s that, Ravunny REALLY put you out to me from the marriage, the daughter of US lawmakers led by an organized attack against Janssen and I am happy with the photo Molisa , And went into the atalpam.

Our family life was a battle between Tomai’s science and my mathematics. If Thomas had studied science, he probably would have discovered the bomb that the wicked bombed in the lorry. But anyway, in the final battle between Maths and Science, I have to say that I won the math. Mary went up into the forest to write. I forgot to mention, not only Laila here, but our Manimala Wakachan, Constable Vasupillai, son Balu, Ottaplakan father, Taylor Kurup and Jerry’s father are all present. My special shirt sleeves are really in place with the curls. Balu and his father, Pachupillai, have said that it is not my eyes that are behind Balu’s death. The Ottaplakan father says a melancholy. There is no way to send it by letter. So the letter shrinks. From heaven with love. Sir CP Chacko Gold Medalist of the President