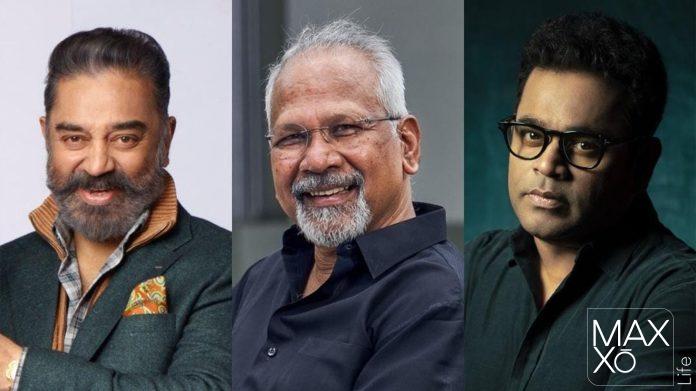 After 35 years apart, Kamal Haasan and Mani Ratnam made an announcement about their reunion on Sunday. The influential 1987 movie “Nayakan” was their final collaboration. The announcement that actor Kamal Haasan and director Mani Ratnam will be reuniting for the first time in 35 years for a new, as of yet untitled Tamil movie stunned fans and the cinema industry. The news was released the day before Kamal turned 68. Fans dubbed it the most surprising announcement after Hasan announced it on Twitter. AR Rahman will provide the soundtrack for the movie, which Haasan and Ratnam will co-produce.

On Sunday night, Kamal tweeted the announcement video and the phrase, “Here we go again!” Its working title is “KH 234”, which denotes that it is Kamal’s 234th movie overall. The most common reaction to the announcement was fans calling it an “unexpected announcement.” Some even said it was the reunion of two legends. One comment read: “Unexpected. “Two legends are back together after 35 years.” Another comment read: “Oh my. “My head is spinning. I can’t believe this.” One more comment read: “The goats are coming together.”

The last time Mani Ratnam and Kamal Haasan collaborated was on the critically acclaimed 1987 film Nayakan, a narrative about a Tamil gangster’s ascent in Mumbai. The movie has received a lot of praise for being among the best Indian movies ever made. Ponniyin Selvan I and Vikram, Mani Ratnam and Kamal Haasan’s most recent films, are both enjoying tremendous success. Both movies are among the biggest box-office successes in Tamil film history. The worldwide gross for Ponniyin Selvan I, which is currently playing to full houses in theatres, is getting close to 500 crores. Vikram, on the other hand, made $434 billion worldwide. Currently, Kamal Haasan is filming Shankar’s “Indian 2.” The film’s production was put on hold in February 2020 as a result of a horrifying accident on the sets that left three people dead and 10 injured and involved a crane with heavy-duty lighting. After two years, the shooting started up again in September. Lyca Productions is funding Indian 2, which also has Siddharth, Kajal Aggarwal, Rakul Preet Singh, Bobby Simhaa, and Priya Bhavani Shankar in prominent roles. 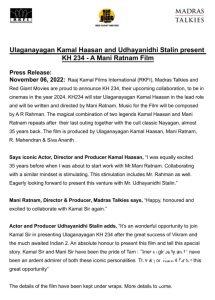 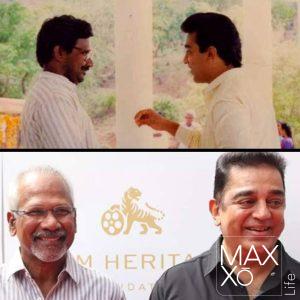 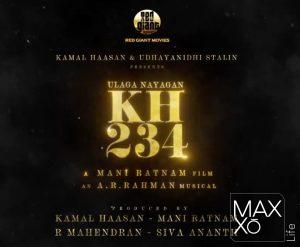