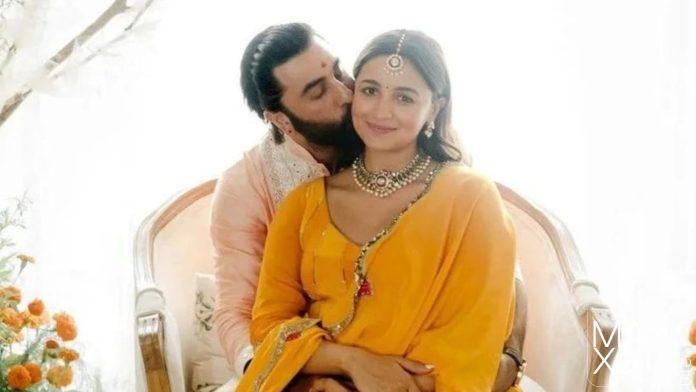 Alia Bhatt and Ranbir Kapoor, who got married in April of this year, had a baby girl on November 6, 2022, at Mumbai’s HN Reliance Hospital. Their followers were overjoyed by the news and flocked to Alia’s social media accounts, where they bombarded the comment sections with sweet remarks. On Sunday morning, the pair was seen travelling to the hospital. Soni Razdan, Alis’s mother, Ranbir and Neetu Kapoor, Alia’s mother-in-law, were later found entering the hospital.

The actor announced the birth of her child via an Instagram post. Soni Razdan, the mother of Alia, and Neetu Kapoor, the mother of Ranbir, both shared the birth news on Instagram along with heartfelt messages for their granddaughter, referring to her as a “blessing.” Riddhima Kapoor Sahni, Alia’s sister, and Shaheen Bhatt, Ranbir’s sister, both posted on Instagram about the birth of their niece. As she welcomed her first grandchild, Soni Razdan posted a photo of Alia and Ranbir’s Instagram letter announcing the birth of their daughter. “Oh, happy day!” the actor wrote. I’m really thankful to life for this incredible blessing of a gift. I appreciate all of your kind words. Our group’s cup is overflowing. Neetu Kapoor also shared Ranbir and Alia’s baby announcement on Instagram. “Blessings,” she said in the caption. The actor embellished her caption with a heart and hands in prayer emojis. On her post, actors Sanjay Kapoor, Maheep Kapoor, and Anupam Kher left messages congratulating them. Shaheen Bhatt shared the baby’s arrival on Instagram along with a caption that read, “I may never stop crying.” Finally, our little one has arrived, and everything has changed forever. She embellished her caption with a heart emoji. Riddhima posted a flashback photo of Ranbir and Alia as “proud parents” on Instagram Stories. “Oooooff!” she wrote. happiest right now. happy parents.

Alia Bhatt had posted, captioning a photo of a lion and lioness holding their cub, “And in the happiest news of our lives: Our daughter is here… and what a magical lady she is. We may now truly be described as blessed and devoted parents, filled with affection. Alia concluded by adding “Love, love, love” and the initials of both her and Ranbir. They last appeared together in the September 9 release of the box office sensation Brahmastra. The movie starring Ranbir and Alia was their first collaboration. 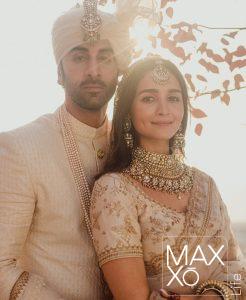 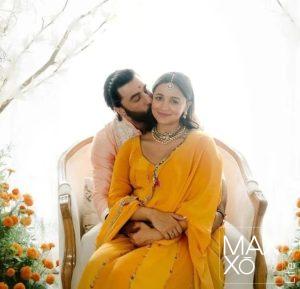 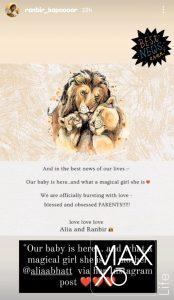 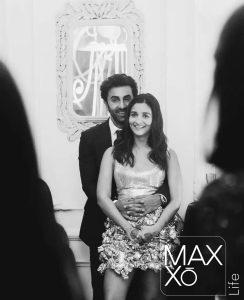 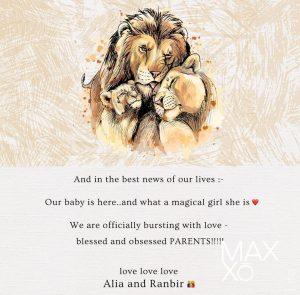