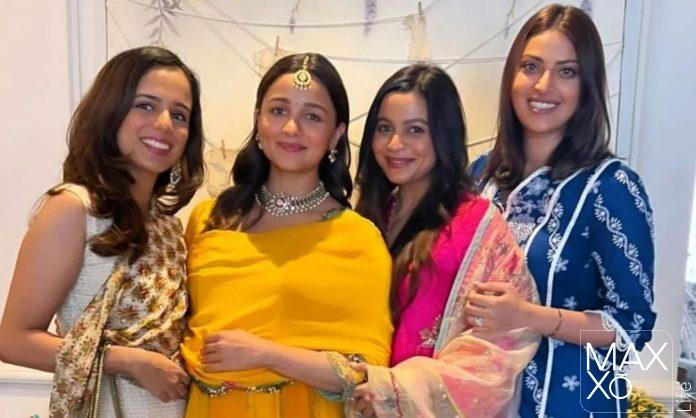 Close friends and family were present during Alia Bhatt’s baby shower in Mumbai. At Alia and actor-husband Ranbir Kapoor’s Mumbai residence, her sister Shaheen Bhatt was pictured. Riddhima Kapoor Sahni, the daughter of Neetu Kapoor, was also seen, which included the expecting mother’s first photos. The first child of Alia Bhatt and Ranbir Kapoor is on the way. In anticipation of Alia’s impending delivery, the stars, who have been busy promoting their movie Brahmastra, are gathering with their relatives and friends. Alia’s sisters Pooja and Shaheen Bhatt, Ranbir’s mother Neetu Kapoor, sister Riddhima Kapoor Sahni, cousin Karisma Kapoor, and Alia’s grandma Neila Devi were all seen arriving on Wednesday at Vastu, Ranbir and Alia’s home in Mumbai. The wedding of Alia and Ranbir took place there in April as well. For the festivities, Alia chose a kurta set in a vivid yellow colour. The soon-to-be mother released a beautiful video from the Time100 awards ceremony on Wednesday. It happened on October 2. At the awards ceremony, Alia donned a metallic gown and delivered a stirring speech that went viral on social media. “I am incredibly proud to be here today as a representation of my nation-a country that has created both me and my profession.” 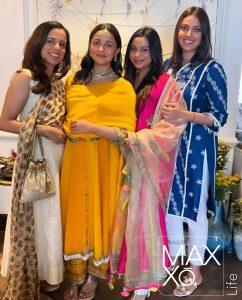