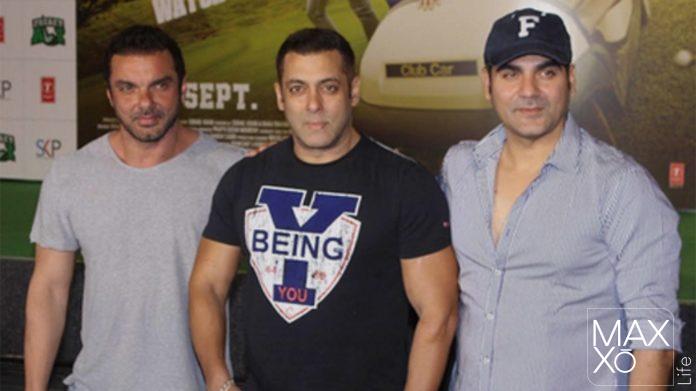 Salman Khan, Sohail Khan, and Arbaaz Khan have never shared a screen with one another in a movie, with the exception of their appearance on the sofa of Koffee with Karan years ago. Over the years, a lot of movies have shown two brothers in various combinations, but the trio has never been depicted in a single shot. Arbaaz Khan shares his collaboration plans with brothers Salman and Sohail Khan and how soon the three will work together on a single project. Arbaaz is preparing for his web series Tanaav, the Hindi version of the Israeli program Fauda, while Salman is preoccupied with two films—Kisi Ka Bhai Kisi Ki Jaan and Tiger 3—at the moment. Sohail, a producer who has been busy, had Radhe, starring Salman, come out last year. According to Arbaaz Khan, the brothers talk about movies and their jobs a lot. “The majority of our conversations center on the work that we each do.” So, when we get together, the main topics include how the shoot is going, how many schedules are still on that one, when the album will be released, what the songs sound like, etc. We frequently inquire about one another’s films because we all pursue our own interests. We get our information from that, and if not, we typically don’t have much information about one another’s most recent professional developments. Sometimes people assume we are fully aware of everything. “We all lead separate lives and pursue separate interests,” he claims.

Despite popular belief, the siblings are frequently uninformed of the progress of the other brother’s most recent endeavor, according to Arbaaz. “People assume that we must be informed of every aspect of bhai’s film’s production,” he continues. But occasionally, when it is completed, we watch it with everyone else. This is due to the fact that we usually don’t want our siblings to see something that isn’t ready. “Of course, we speak about movies, but we don’t simply talk about movies,” he continues. Like any family, we crack each other up with jokes and masti. As with every family, there are moments when it’s generic.

The only movie in which all three actors appeared individually was 2005’s Maine Pyaar Kyun Kiya, which starred Salman and Sohail and had a fleeting appearance by Arbaaz. In addition, Arbaaz and Salman collaborated on movies like Hello Brother, Pyaar Kiya Toh Darna Kya, and Dabangg, while Arbaaz and Sohail shared a screen in Jaane Tu Ya Jaane Na. The brothers are all pursuing their own interests, according to Arbaaz. 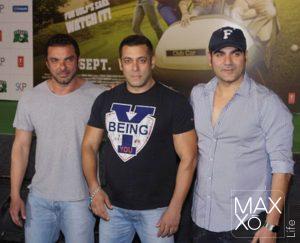 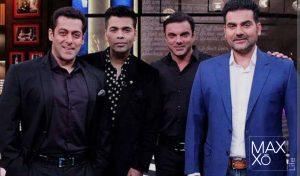