Her eyes sparkle, when she smiles while talking about her latest hit. Veena is 3 films old, no filmy background and has made it big in Kettiyolaanu Ente Malakha. Veena being a hardcore Mumbaikar, has carried off Rincy’s small town character in the movie very easily. With her first hit, she has definitely carved her niche here in the Malayalam cinema. The actress is getting rave reviews for her performance as the malakha and is now in a pretty good space in her career.
Q. Your journey
Veena: Just like every other person, even I had stages in life from being a graduate in English Literature to working in Bank of America, to preparing for Civil services and then finally cinema happened. Cinema was never planned… I actually wanted to become an IAS or IPS officer. Everyone is an artist. I’m glad that cinema happened and that’s how I found the artist in me.
Q. How did you land up in cinema?
Veena: As I said cinema was never in me. Art was in me and it came out through cinema. Art was always happiness for me and I believe that drive is what landed me into cinema. 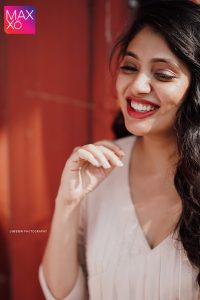 Q. What attracted you to Kettiyolaanu Ente Malakha?
Veena: The script and the way it was told to me …attracted me to Kettiyolaanu Ente Malakha. It is a realistic movie and a family entertainer with little humor in it.
Q. How difficult was it for you to sink in as Rincy?
Veena: Rincy was an interesting and emotional character. I was Rincy from the very first time I heard the script. I had to study the character deeply. And it was difficult as the director wanted the character to be very subtle. He wanted the emotions to be handled in a delicate manner so that it does not end up looking dramatic.
Q. What have you learnt from Asif Ali?
Veena: Asif Ali is a very nice and down to earth person. And what I learned from him… is his progress and dedication towards cinema.

Q. How are you spending your quarantine period?
Veena: I’m not doing anything specific during this quarantine period as such, but I’m very much concerned about the world. This is definitely an uncertain time for everyone. I’m trying to keep myself away from all the kind of negative vibes by being optimistic for the time being.
Q. Future projects
Veena: I haven’t signed any film yet. I want to do different genres of films, so want to take some time and read scripts. 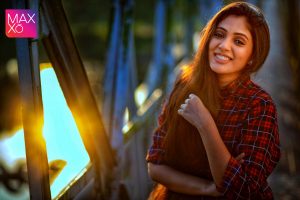