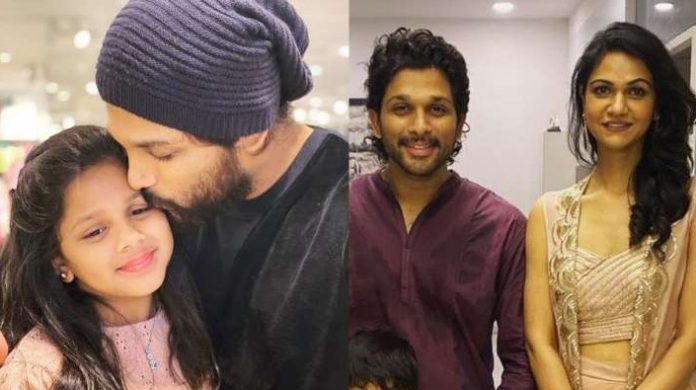 Telegu superstar Allu Arjun enjoys a huge fanbase. Even before the actor rang in his birthday today, his fans took to Twitter and made #HappyBirthdayAlluArjun trend on top. The actor is not the most celebrated name in the Telegu industry and also one of the most loved when it comes to family. Allu Arjun joined films as a child artist in Vijetha and as a dancer in Daddy. However, it was in 2003 that he made his debut in Gangotri. The actor’s screen presence managed to garb attention from his first film itself. Then he went on to give many blockbusters like Arya, Vedam, Rudhramadevi, Julayi, Satyamurthi, Sarrainodu and others.

While his films have always been the topic of discussion, the actor married Sneha Reddy in 2011 and left the fans even more intrigued about his life. The couple has two kids- Ayaan and Arha. Allu Arjun frequently shares his special moments with his family on Instagram. As the actor turns a year older today, let’s have a look at his most adorable moments with his wife Sneha Reddy and kids.

Everything to know about depression

Mrunal Thakur, the epitome of elegance