Asin shared images of her daughter Arin applying cosmetics to Rahul Sharma, her husband. She also revealed his response to the cosmetics application that had him “glowing.” Asin shared several images on Instagram Stories of her daughter Arin and her husband, Micromax co-founder Rahul Sharma. Arin can be seen applying makeup to her father’s face in the throwback shots, which were taken last year. Her father enthusiastically posed for the photographs. The daughter of Rahul and Asin turned 5 last month.

Arin may be seen getting ready to apply makeup to her father’s face in the first photo. “Throwback to a year ago, when one of our friends gifted her (Arin) something we had kept her away from,” Asin wrote alongside it. In another image, Arin glammed up her father, whom Asin described as “a reluctant volunteer,” by applying makeup, including eye shadow. Asin posted a collage of images of the father-daughter pair applying makeup and captioned it, “A four-year-old makeup artist at work.” In a photo that Arin shared with the caption “Pout, please,” Arin also applied lipstick to her father. Asin posted a picture of Rahul sitting alone on a sofa after applying makeup on Instagram Stories and captioned it, “The final result! I’d say it’s not awful. really subtle Please see the smile that says, “I’m dead inside yet still smiling.” She also posted a video of Rahul saying he was “glowing” before washing his face to remove the makeup.

When Asin made her Bollywood debut in 2008 with Aamir Khan’s Ghajini, she was already well-known in the Tamil and Telugu film industries. After getting married to Rahul Sharma in 2016, Asin went on to star in movies like Ready, Housefull 2, Bol Bachchan, and Khiladi 786 before quitting acting. Arin, the couple’s first child, was born in 2017.

On October 24, Asin shared a beautiful message on Instagram commemorating her daughter’s fifth birthday. In a post featuring a photo from Arin’s birthday celebration, she referred to her as the “brightest youngster with the sweetest heart.” In addition, the former star posted up-close pictures of her kid while inviting followers inside the birthday celebration with a space theme. 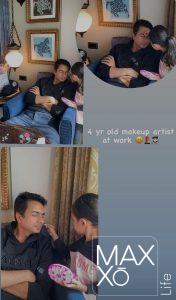 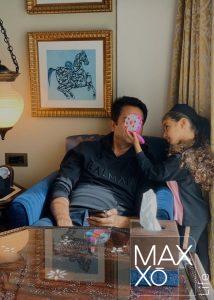 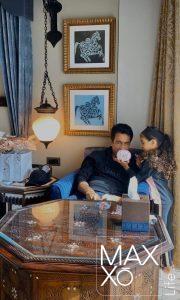 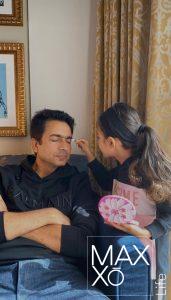 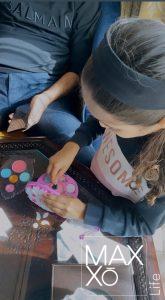