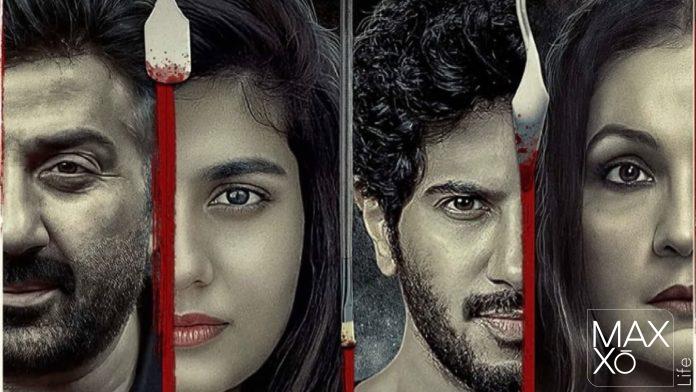 Chup: Revenge of the Artist, a psychological criminal thriller by R. Balki, will soon be available on OTT. The movie will begin streaming on ZEE5 on November 25, 2022, two months following its November debut in theatres.

Rakesh Jhunjhunwala, Jayantilal Gada, Gauri Shinde, and Anil Naidu are the producers of the film. The film’s lead actors are Sunny Deol, Dulquer Salmaan, and Shreya Dhanwanthary, with Pooja Bhatt and Saranya Ponvannan filling out the supporting cast.
The storyline of the movie is about a mysterious serial killer who is on the run in Mumbai and is ruthlessly killing movie critics who offer unfair or prejudiced reviews of films. Mumbai’s inspector general, Arvind Mathur, is investigating the case. A florist named Danny, a journalist covering entertainment named Nila Menon, a criminal psychologist by the name of Dr. Zenobia Shroff, and others are all involved in the investigation.

Sunny Deol urged the audience to watch the movie because it will leave them in wonder of the trickery and suspense, without giving anything away. He claimed that playing IG Arvind Mathur was a great experience and more like putting together a jigsaw puzzle. According to Dulquer Salmaan, the story probes every level of a criminal’s thinking while also testing the viewers’ conscience. He admitted that playing a deranged serial killer like Danny has been his most daring performance to date. The sheer idea of identifying with someone who causes mayhem in the city by assassinating critics is terrifying. Revenge of the Artist is a relentless, heart-stopping thriller that is unlike any other detective drama. 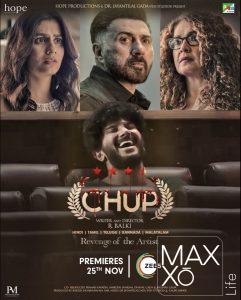