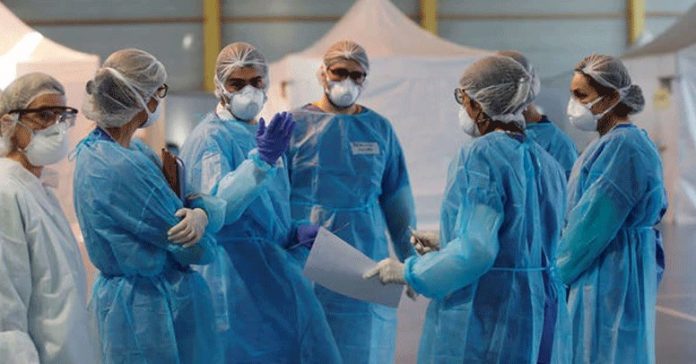 Meanwhile, the Brihanmumbai Municipal Corporation has confirmed that Mumbai has the most number of corneal patients in the country. It has been confirmed that the disease has spread in Mumbai as people who have not traveled abroad and those who do not interact with patients have been diagnosed.

Covenant positive cases are currently being reported in slums and densely populated areas of Mumbai. There are 75 cases reported in one ward of Mumbai Corporation. Covidavirus has been widely reported in Worli, Lower Parel and Prabhadevi. The disease is spreading rapidly in the slums of fishermen.

Things get out of hand when the Covid community proliferates. In the event of a large-scale expansion, existing hospital beds and systems will be inadequate. The government and BMC-equipped hospitals in the city, which has a population of about 2 million people, can accommodate up to 2,000 people. Remember, this is just 0.1% of the city’s total population.

Many private hospitals have opened a small Covid Ward. But in some other hospitals, even the OP is closed. Treatment for those with CVD symptoms is also denied. If the public and private sectors do not take full advantage of the situation and move forward, the city will be in danger.