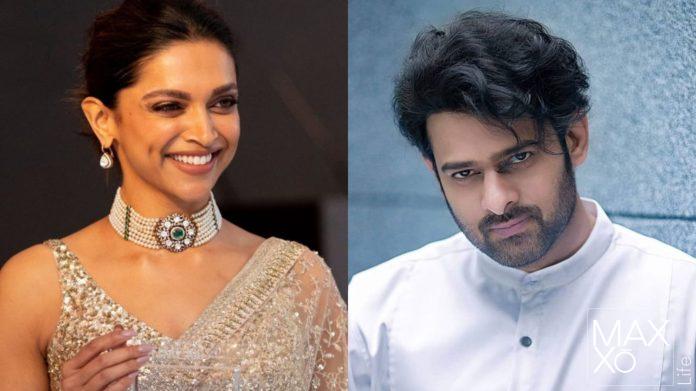 The “Project K” is an upcoming Indian science fiction film written and directed by Nag Ashwin. The film is shot in Telugu and Hindi and produced by Vyjayanthi Movies. It stars Amitabh Bachchan, Prabhas, Deepika Padukone, and Disha Patani.

On the occasion of Deepika Padukone’s 37th birthday, the producers of the upcoming Pan-India film “Project K” presented the first poster.
Co-star Prabhas revealed a sneak peek from their upcoming movie, Project K. In the tweeted poster, Deepika Padukone is shown in silhouette in the image of Prabhas, and the poster has the text “A hope in the dark.” “Wishing the incredibly attractive and talented Deepika Padukone a wonderful birthday and a year full of success,” Prabhas wrote on his tweet by sharing the poster when he shared it on his Instagram story on Thursday. He updated the post with the hashtag #ProjectK.
Amitabh Bachchan is featured in the Nag Ashwin-directed movie as well. Project K is likely to hit the screens either on October 2023, or in early 2024. 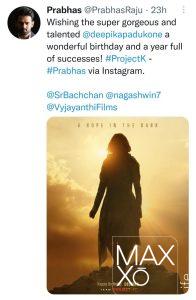 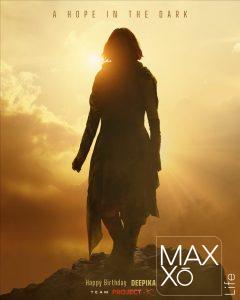