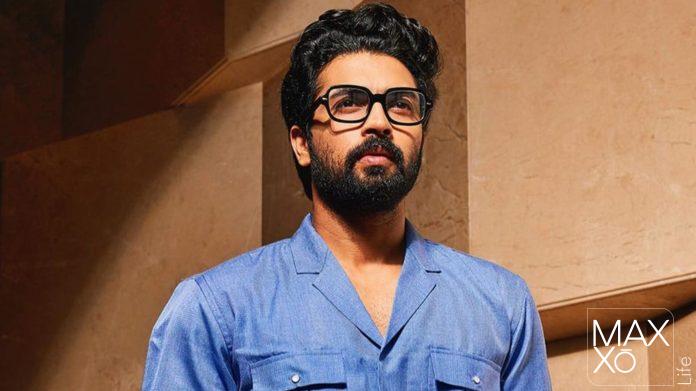 Actor Dev Mohan looks nerdy in formals. The actor is seen wearing a blue full sleeved shirt, paired with dark blue pants. Dev Mohan chose to go for a pair of rectangle-framed eyeglasses that completed his geeky look. Dev could be seen in a bold casual look with a pair of leather shoes. The image was shot at Grand Hyatt, Kochi, Bolgatty.

After playing significant roles in ‘Sufiyum Sujathayum’ and ‘Panthrandu’ the mollywood actor is all set to headline the upcoming film ‘Shakuntalam’. He would be seen in the lead role alongside Samantha Ruth Prabhu. ‘Shakuntalam’ is a mythology-based love-saga, directed by Gunasekhar. Dev Mohan will play the role of king Dushyant.

His good looks surely add more brownie points to his talent. From his sharp look, determination and hard work it is very evident that he is the next promising actor in the industry. 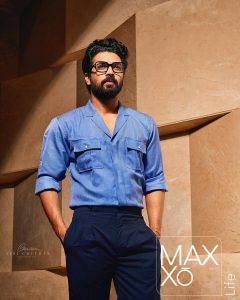 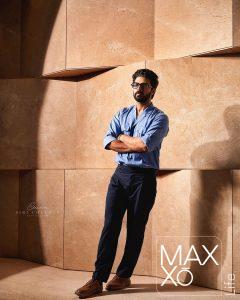