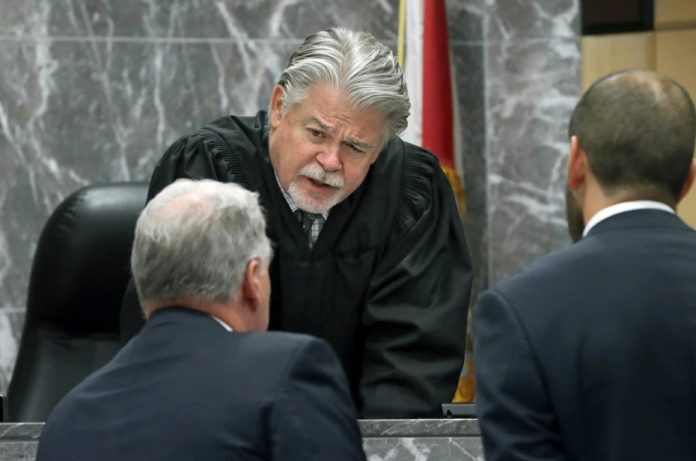 The legal profession is rooted in tradition, but social distancing is upending old norms. One judge in Broward County, Fla., asked lawyers to keep it professional during videoconferencing calls.

Justice is supposed to be blind. But in courtrooms, decorum matters.

Does that change when court hearings are moved online to enable social distancing during the spread of the new coronavirus?

Absolutely not, according to one judge in Broward County, Fla. In a letter to lawyers that was made public last week, Judge Dennis Bailey of the 17th Judicial Circuit of Florida said that some lawyers were getting a little too lax.

“One male lawyer appeared shirtless and one female attorney appeared still in bed, still under the covers,” he wrote. “And putting on a beach cover-up won’t cover up you’re poolside in a bathing suit. So, please, if you don’t mind, let’s treat court hearings as court hearings, whether Zooming or not.” 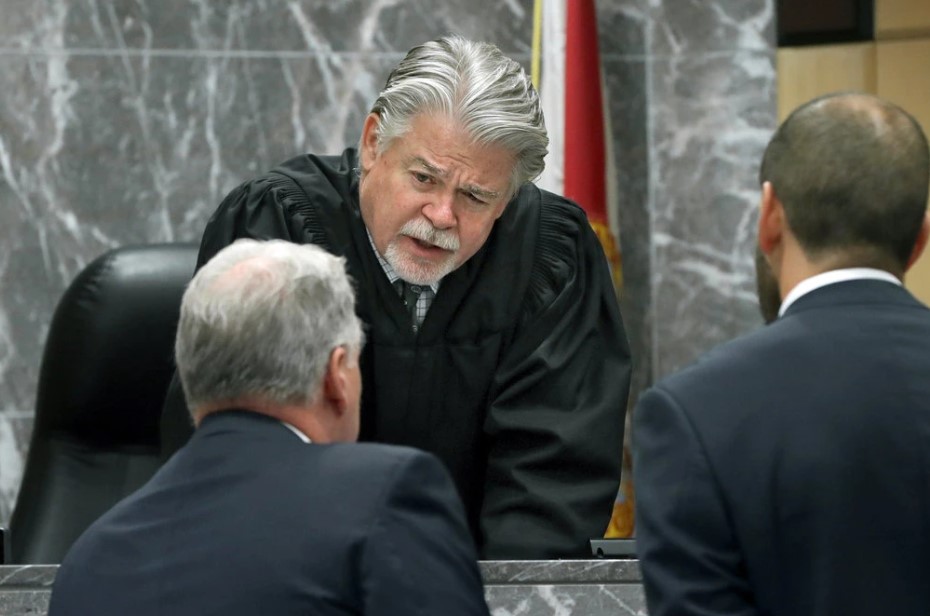 For people who are working remotely, videoconferencing has introduced a new range of etiquette questions. Can you get away with wearing pajama bottoms to a virtual meeting? And can you look professional if you don’t have a bookshelf for a backdrop?

Those questions can be especially tricky if you work in the courts. “The legal profession is an interesting one when it comes to attire,” said Julie Zerbo, a lawyer and the founder of the Fashion Law, a blog that covers the legal side of the fashion industry. “It’s so rooted in tradition.”

The letter from Judge Bailey was a rare glimpse into a judge’s personal view of court proceedings, and into the particular challenges of keeping the legal system moving when people can’t gather in person.

“What this letter puts out in the open is something that all courts should be aware of, which is that parties are going to be judged based on their appearance,” said Douglas Keith, counsel at the Brennan Center for Justice at New York University School of Law.

Video calls, he said, can introduce new complications: People may be judged not only on their clothes, but also on their surroundings or the quality of their internet connections.

“Better resourced law firms will have the means to ensure that their attorneys appear in the best possible light — both figurative and literal light,” Mr. Keith said.

In an email on Wednesday, Jack Tuter, the chief judge of the 17th Circuit, said that he had not reviewed Judge Bailey’s letter before publication and that it did not reflect official policy in the circuit. In Family Court, he said, “many folks are self-representing and may or may not follow dress code rules.”

“As such,” Judge Tuter added, “we have expected appropriate dress but not necessarily enforced it.”

Judge Bailey, who did not immediately respond to requests for comment, noted in his letter that video platforms like Zoom can make it easier for lawyers to talk over one another, and over the judge.

“Often,” he wrote, “lawyers are not looking at their screens but down at their files, their outlines and notes, or simply out the window, and cannot see the judge is hollering, ‘Stop! Stop!’ because an objection has been made and the audio stays with the witness rather than obeying the judge.”

Mia Singh, a lawyer in Broward County and the president of the Weston Bar Association there, said she agreed with Judge Bailey. “I have seen employees on the other side of meetings looking like they literally rolled out of bed,” she said. “I don’t take them as seriously.”

For years, Ms. Singh has been organizing meetings where lawyers and judges — including Judge Bailey, her former boss — talk shop. During the coronavirus pandemic, she wanted to make those connections online and considered putting together a newsletter for lawyers.

She was looking for candid input — free of stuffy legalese — and asked Judge Bailey to write something for a series called “Virtual View From the Bench.” She said that after he emailed his letter to her, she sent it to her network of lawyers across Broward County, and her bar association posted it online.

“Then it just went crazy,” she said. The letter was covered by local news outlets and shared widely on social media.

Ms. Singh said she shared the judge’s concerns about the Zoom platform, which often highlights the person who is speaking loudest. That can be annoying in any meeting, nevermind a court hearing.

“It’s one thing if I can’t get a word in and my boss is going on and on,” Ms. Singh said. “It’s another thing when it’s a legal objection and you’re asking somebody to stop talking because whatever it is they’re about to say is going to prejudice the evidence.”

The way courts handle social distancing varies widely by jurisdiction; some are more technologically advanced than others. In recent weeks, the Texas Office of Court Administration has offered webinars and guides that show judges and lawyers who use Zoom how to dress, where to sit and when to mute. Court officials in Jefferson Parish, La., are using video calls for hearings and pleas; defendants can tune in from detention facilities.

And on Monday, the U.S. Supreme Court announced that it would hear arguments by telephone over six days in May and — in a major break with tradition — allow live remote access to audio of the arguments.

Mr. Keith said technology could be helpful in many instances. But he also pointed to studies suggesting that video communication had been associated with worse outcomes for immigrants applying for asylum or trying to avoid deportation, as well as higher bail amounts for people who are detained.

“Inequality and class and race — all of these things are definitely interwoven into the issues when we’re talking about all of this,” Ms. Zerbo said, adding that some courts have strict dress codes not only for lawyers but also for clients, witnesses and members of the public. “At what point does a dress code prevent justice being carried out, or people having access to their rights?”

Last month, the Judicial Conference of the United States temporarily approved the use of video and teleconferencing for some criminal proceedings in federal courts. But a majority of states have suspended most criminal proceedings because of the coronavirus, and almost all have reduced them in some way, according to data compiled by the Marshall Project.

In his letter, Judge Bailey noted that his experiences with Zoom hearings were largely confined to cases in Family Court. Criminal cases in Broward County, he said, had been seriously disrupted by the coronavirus because they rely more on juries, and because clients have a constitutional right to be present during hearings.

“Now the positive testing of some inmates in the jail system complicates matters even further,” he wrote. “Time will tell when those courts can return to functionality.”

Director Ram Nivin Pauly Joins together for a Bilingual...