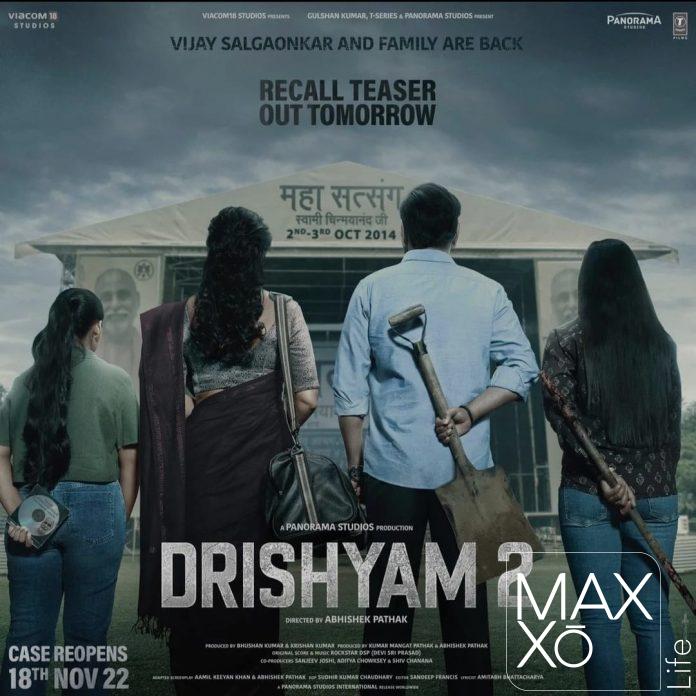 “Drishyam 2”, a crime thriller film directed by Abhishek Pathak’s first look poster and teaser to be released tomorrow. The film stars Ajay Devgn, Tabu, Shriya Saran, Akshaye Khanna, Ishita Dutta, Mrunal Jadhav, and Rajat Kapoor. It is a remake of the 2021 Malayalam film of the same name and also the sequel to Drishyam (2015). It will be released in theatres on November 18, 2022. 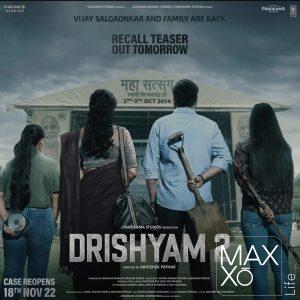 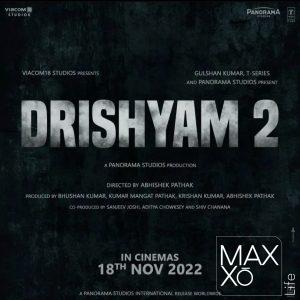