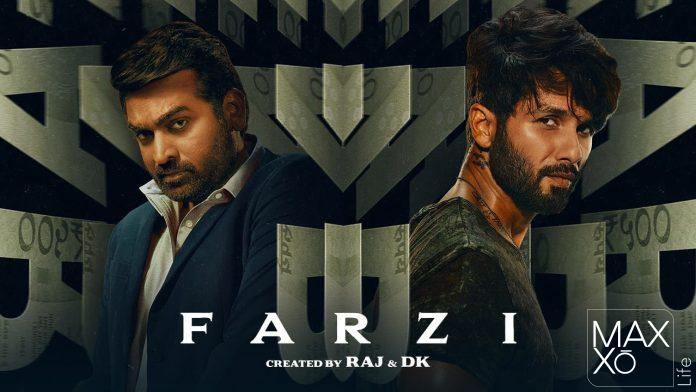 Amazon Prime Video has confirmed the streaming date of the “Farzi” web series through its official Twitter handle. In this film, along with Shahid Kapoor, Vijay Sethupathi is also in the main lead role. The series will start streaming on Amazon Prime Video on February 10, 2023.

Farzi is an upcoming Indian television series created and directed by Raj and DK. They recently released a short teaser video for their upcoming series, Farzi. It is a crime thriller series, and it will have eight episodes. Kay Kay Menon, Amol Palekar, Raashii Khanna, Regina Cassandra, and Bhuvan Arora also play pivotal roles in the series. The web series is written by Suman Kumar and Sita R. Menon.

The actor posters of both leads were revealed by Prime Video; they posted a picture of Vijay Sethupathi and said, “Here to uncover the asli behind the Farzi,” and he’s holding a gun and he’s appearing as a determined officer who is trying to catch the conman. Prime has also tweeted the poster of Shahid Kapoor by asking the question, “Con hai ye farzi?” Shahid is seen in a casual outfit with tattoos on his neck. Shahid also dropped a video unveiling his character for the series and wrote, “Naya saal, Naya maal.”

Amazon Prime has also tweeted the first look of Farzi on April 28, 2022, captioning it “An artist who gets pulled into the murky high stakes of a con job and a fiery task force officer on the mission to rid the country of his menaces in a fast-paced, edgy one-of-a-kind thriller.” 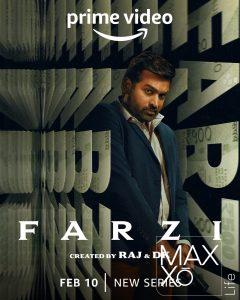 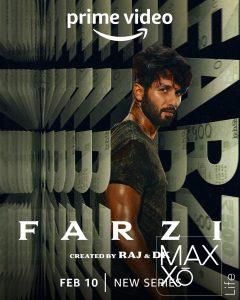