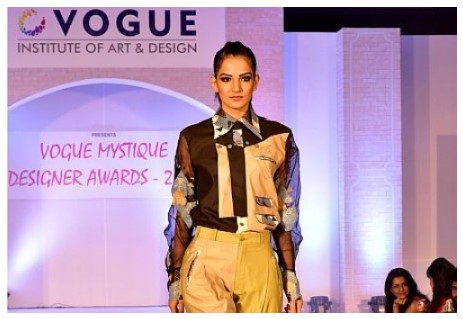 New Delhi : “Genderless fashion” is rapidly going off the charts globally and in India as well. Celebrities like Ranveer Singh, Rajkummar Rao, Vicky Kaushal, Ayushmann Khurrana have made fashion statements in their recent red carpet events with attires that rewrite the rules of gender based fashion. From bold and unusual pairings to bright colour suits, florals to draped silhouettes, the trend is catching up. Many Indian fashion houses like Smoke Wear, NorBlack NorWhite and Huemn have also adopted the “gender fluid” clothing concept.

Apart from the runway, one can see glimpses of this trend on a regular day too. From men wearing apparels in pink, to women with short spiky hair, it is predominantly adapted by the youth.

According to Supriya, Head of Department, Vogue Institute of Fashion Technology, “Gender fluid clothing and dressing has become more of a norm for the Gen Z. There are no more wary side glances when one sees a girl in short spiky hair and androgynous clothing, nor are there misconceptions when a man wears jewellery or flared silhouettes in vibrant colours. Even in India, clothes are gradually moving from the stereotypical slots and are now worn comfortably according to the individuals’ desire despite being of either gender and we should celebrate that.”

Semi-formal wear with geometry and Indian drapes are for all genders. Depicting triangles as the union of masculine and feminine, semi-formal attires can have a new gender bending edge with geometric patterns.

Drapes are used by both genders among many cultures, including Greek and Rome. Drapes were worn differently depending on their functional requirement. When styled in a unique fashion, it can make a great fashion statement.

(Puja Gupta can be contacted at [email protected])

Prabhas’s Adipurush will hit the screens on January 12