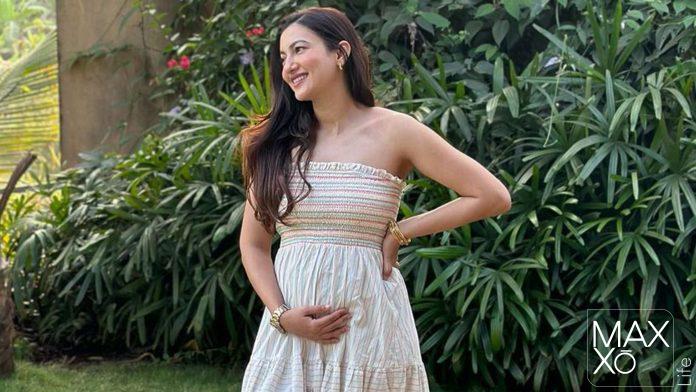 Actress Gauahar Khan shared her first picture of her growing baby bulge. The soon-to-be mother and her husband, Zaid Darbar, are expecting their first child. They shared Gauahar’s pregnancy news on social media on December 20.

On Monday, Gauahar shared a few of her photos that were taken in Goa during the golden hour at an outdoor area. She donned a flowing, strapless dress with vibrant stripes in it. In one of the photos, she held her growing baby bump and smiled contagiously while looking away from the camera. The actress expressed her enjoyment by writing, “Ma sha Allah, Laa quwataa illa billah! She also added a number of hashtags, including thankful, sunshine, first bump photo, love, and blessings. In response, Zaid alluded to her in the comment section as “Beautiful.” He also included an emoji of a red heart.

Gauahar and her husband, Zaid Darbar, shared an animated video on social media to announce their pregnancy last month. They also added, “When Z met G, one became two. Now that we are about to become three, the adventure begins. In the name of Allah, I ask for your prayers and blessings on this glorious journey.

Gauahar has acted in a number of movies, including Begum Jaan, Ishaqzaade, Rocket Singh: Salesman of the Year, and several political web series, including Tandav. She had also competed in Bigg Boss 7, winning the competition. She was recently seen playing a crucial part in the web series Shiksha Mandal, in which she played a police officer. She also appeared in Salt City, a Sony LIV film that was released in June 2022. 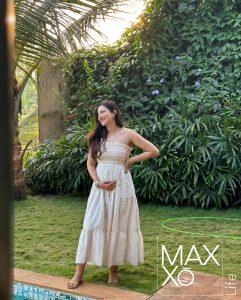 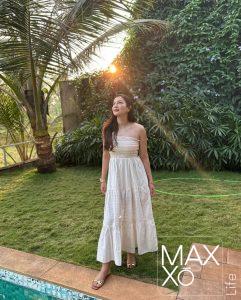