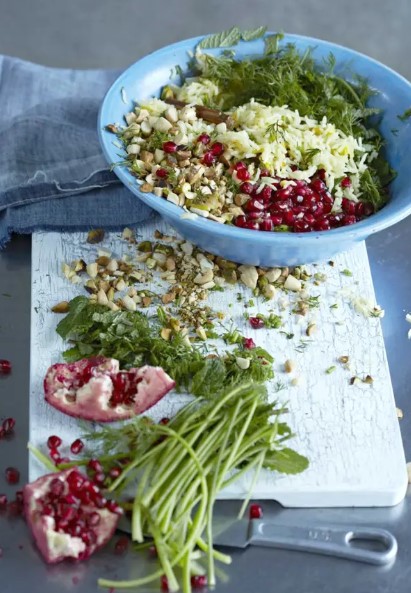 When it comes to preparing the perfect Christmas dinner, the options are endless – with countless sides and mains to choose from.

However, for many families, sitting down to Christmas dinner wouldn’t be complete without a roast turkey.

Despite the common claim that turkeys are the driest of birds, and lack flavour in comparison to other poultry options, it is possible to make a delicious, moist Christmas turkey, according to celebrity chef Wolfgang Puck, who shared with The Independent his own tips for cooking turkey.

According to Puck, preparing the perfect Christmas turkey starts with choosing the right bird – which should not be the largest option in the store.

After you’ve chosen a mid-size turkey, Puck recommends brining it overnight – with a solution of salt, peppercorn and rosemary or thyme – which will give it flavour and moisture.

“That is really the best thing,” he said of the brine. “And then when it is out of the brine, I dry it up really, really well and let it sit outside for a while.”

Once the turkey has reached room temperature, which is essential before placing it in the oven, Puck creates a compound butter of rosemary, black pepper, and sage and places it under the skin, “especially under the breast.”

As for pre-oven seasoning, all you need is “a little pepper and olive oil and that’s it.”

The most important step is the cooking of the turkey – which Puck says is impossible without a meat thermometer.

“I think that the most important thing is that when you cook the turkey, not to cook it over,” he told us. “A meat thermometer is a good thing.”

Dismissing the typical rule of 20 minutes per pound, which is “way too much” and often results in an overcooked bird, Puck told us it all depends on your oven – as “the calibration of the oven is really important.”

Although cooking time depends on the size of the bird, turkeys are considered fully cooked at 165 degrees.

When the turkey is cooked but “just slightly underdone,” Puck recommends taking it out and letting the turkey rest for at least 15 minutes – at which point it will finish cooking.

The resulting turkey should be moist, flavourful and perfectly cooked through.

For the leftovers, in addition to turkey sandwiches, Puck’s favourite way to use up the turkey is to make a pizza.

“I chop up the meat that I have and I make a BBQ turkey pizza. I make the round pizza dough and put olive oil, mozzarella, fontina cheese and some onions and roasted peppers, and the cut-up turkey mixed with BBQ sauce and finish it with a little jalapeño and cilantro.”

If turkey isn’t for you, Puck recommends a few other options for Christmas dinner – including pheasants.

“In England, you can get pheasants and stuff like that,” he suggested. Or his other favourite is to “go to Chinatown and buy a duck or two there.

“Before they roast it, they air-dry it overnight and then I bring it home and cook myself,” he told us.

Goose is also an option for Christmas dinner, however, they are easier to find in Puck’s native Austria.

As for the most important component of Christmas dinner, Puck says it is tradition.

“Everybody has different Christmas memories from their childhood, and for me, it’s really a traditional thing, so certain things have to be done the way they were,” he told us.

“Wherever you grew up and whatever [food] you had, it is great to keep traditions alive.”