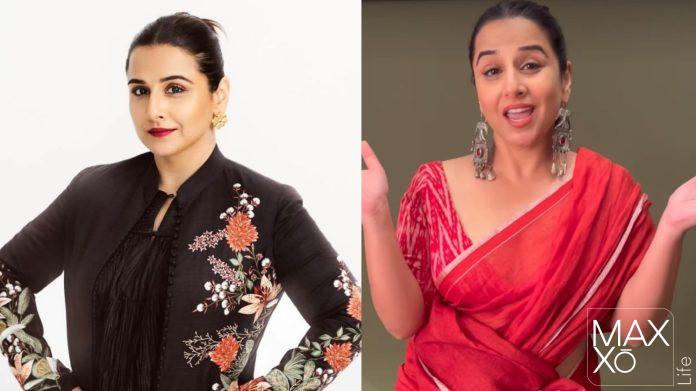 On her most recent Instagram reel, Vidya Balan addressed the frequently asked question about the “male hero” in her films. She answered it through the most viral rap song that is trending on social media. The rap song was sung by Srushti Tawade on Hustle 2.0.

She wore a beautiful red saree from Anavila and was styled by celebrity fashion stylists from “Who Wore What When.” She wore a long earring, and the whole look matches the vibe. She captioned the video, “When people ask me, picture mein hero kaun hai?”

She is recognised for her roles in female-led films that significantly redefine how women are portrayed in Hindi films. Vidya made her acting debut in the Bengali language film Bhalo Theko (2003), directed by Goutam Halder. Following that, she has acted in many films that support women’s emancipation and promote humanitarian causes. In her upcoming projects, Vidya will appear alongside Pratik Gandhi in an untitled romantic comedy and team up once more with Anu Menon for the murder mystery movie Neeyat. 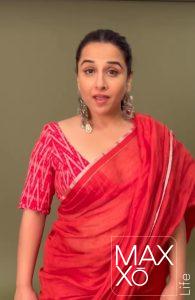 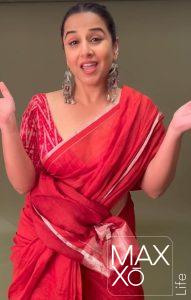 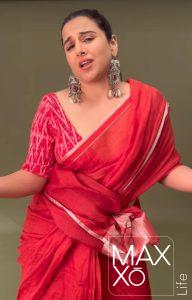