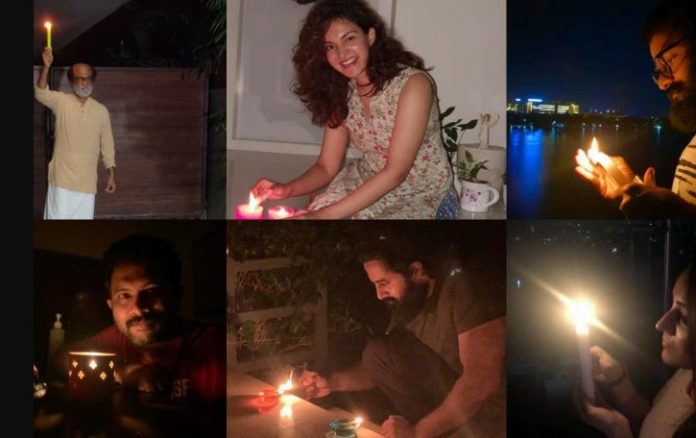 The last hour for India was a moment of historic change. The nation has embraced Prime Minister Narendra Modi’s call to convey the message that the country is united against Corona. The country proved to be one of the best of the lamps by nine o’clock in the night. From Kashmir to Kanyakumari, the lamp of unity was united.
Prime Minister Narendra Modi’s call for all people to light the lamp of unity as a part of the fight against Coronation Kerala Chief Minister Pinarayi Vijayan and his ministers joined in the unity.

The lights of the houses were turned on and the lights were lit, the chiraat, the candle, the mobile flashlight and the torch stood together in the country’s fight against the corona. The light from the doorstep and balcony of the houses dazzled 130 crore people. All the glowing pictures have been shared on social media