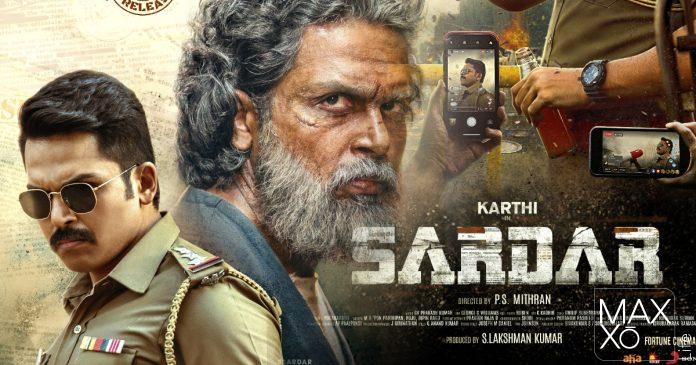 The teaser of Sardaar, the latest film starring Karthi, is out. The Sardaar team has released a teaser that fills the audience with curiosity. Karthi is acting as a spy in this film. With that, it is hoped that the audience will be able to see Karthi’s best performance in different get-ups. Directed by PS Mithran, the movie also stars Rashi Khanna, Malayalam actor Rajisha Vijayan, Bollywood actor Chunky Pandey, Laila, Sahana Vasudevan, Munishkanth, Murali Sharma, Ilavarash, Ritvik and others.

GV Prakash Kumar is the music director of the film. Cinematography is by George C. Williams. Reuben is doing the editing of the film ‘Sardar’. ‘Sardar’ is produced by S Laxman Kumar. The film is produced under the banner of ‘Prince’ Pictures. The film is distributed by Red Giant Movies. The film will release on October 24. More than 43 lakh people watched the teaser on YouTube within hours of its release. Fortune Cinemas is releasing the film in Kerala. The film ‘Sardaar’ was shot in foreign countries. Kerala PRO: P. Sivaprasad