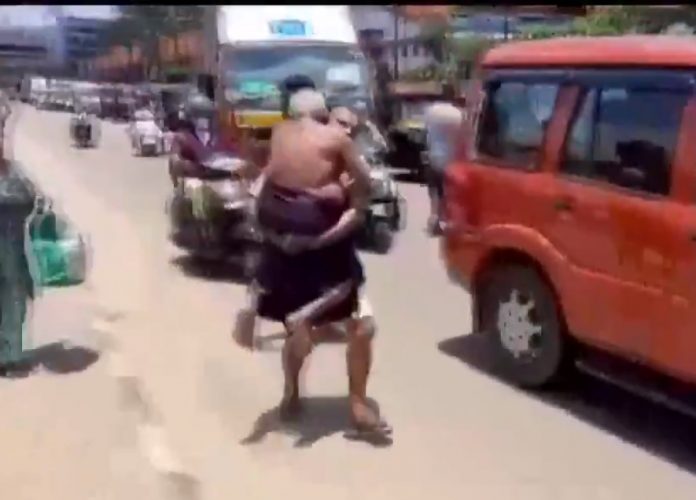 Kollam, Kerala: The Kerala State Human Rights Commission has registered a suo moto case in connection with an incident where a man was allegedly forced to carry his 65-year-old ailing father on foot after the police stopped the autorickshaw in which they were travelling in, citing lockdown guidelines.

The 65-year-old man, a native of Kollam’s Kulathupuzha village was admitted to the Punalur Taluk Hospital and was discharged on Wednesday. He was being taken back to his home in an autorickshaw by his son who alleged the police prevented them despite showing hospital documents citing discharge.

The family was made to get down from the auto by police personnel, leaving the son with no other option than to walk close to one kilometer in Punalur city area on foot with his father in his arms.

As of Wednesday, Kerala had 388 confirmed cases of COVID-19, including 218 patients who have been cured and discharged, according to the Union Ministry of Health.

Prime Minister Narendra Modi on Tuesday extended the nationwide coronavirus lockdown till May 3 and said restrictions would be relaxed after a week in the least infected parts of India.

#WATCH Kerala: A person carried his 65-year-old ailing father in Punalur & walked close to one-kilometre after the autorickshaw he brought to take his father back from the hospital was allegedly stopped by Police, due to #CoronavirusLockdown guidelines. (15.4) pic.twitter.com/I03claE1XO

Karthika Suresh, is beautifully expressed in her onam photoshoot