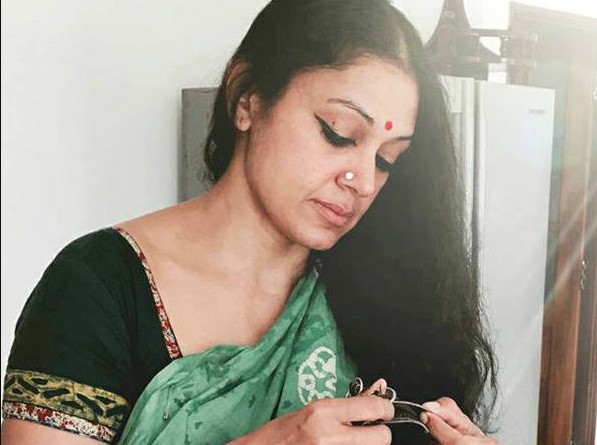 The Central and State Governments are working hard to prevent the spread of the coronavirus. The Prime Minister announced a complete lock-down in the country following the increase in the number of people infected with the virus. According to Lockdown, people are staying at home. Earlier, the government had announced that only essential items would be released. The central government has announced a 21-day lockdown to combat corona. There are also movie stars who tell everyone to stay home. Celebrities who take to social media with a corona awareness are also urging fans to stay home. Fans take over most of the celebrity posts.

Actress Shobhana, meanwhile, has asked fans to stay home, and she has reached out to her fans via her Instagram page. Recently, the actress was back in Malayalam. Shobana made her comeback with Anoop Sathyan’s ‘Vaaran Veenum Needham’.

Suresh Gopi, Dulquer Salman and Shobhana in the lead roles. The film stars Kalyani Priyadarshan as the daughter of the actress. Shobana’s comeback after a while has been well received by the audience. The movie was a hit in theaters.

Although she is not very active in films, she is active in dance industry. The actress recently made her comeback to the cinema during a dance performance. Shobana is active in cinema and social media. The actress has been sharing her dance moves and new features.

The new Instagram post, which has come up as a glamor, was also noticeably different. Shobhana appeals to her fans through her Instagram post, saying that she is staying home without being released during Corona. “Every one of us has the ability to save our country. Stay at home, don’t come out in the coming days. Save the home country, stay home. Kovid is no joke right now. Shobhana wrote on Instagram.

Varaha Roopam, will return to OTT after the Court rejects the...