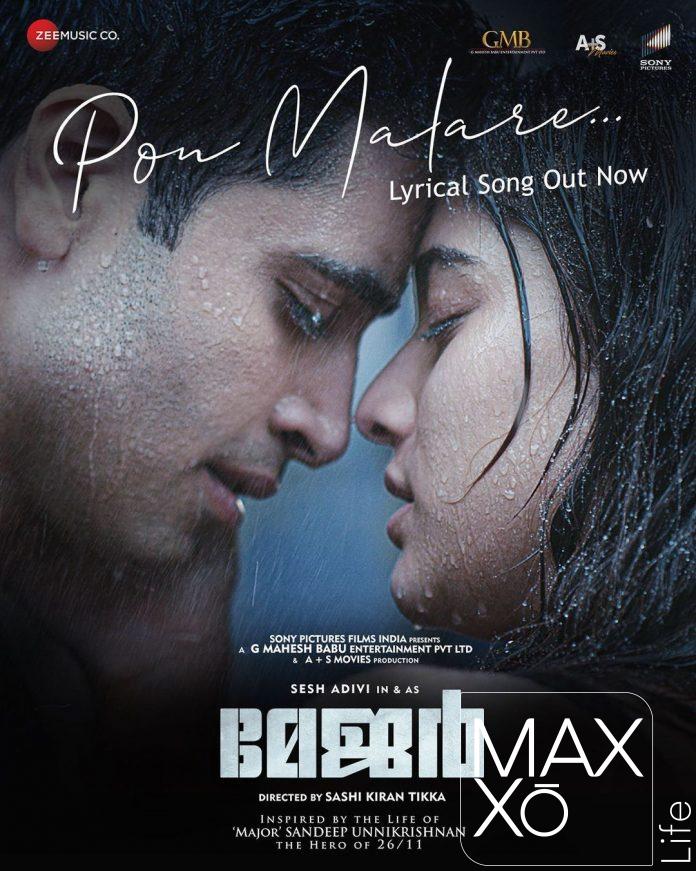 Adivi Sesh who is riding high with back-to-back hits is making his Bollywood debut with upcoming film Major. The film’s shoot was already completed and post-production works are underway.

Hrudayame is a melodious love track shot on Sesh and Saiee Manjrekar. While Sricharan Pakala scored the music,Pened by  popular singer  lent vocals for it. Teaser of the song was already out.