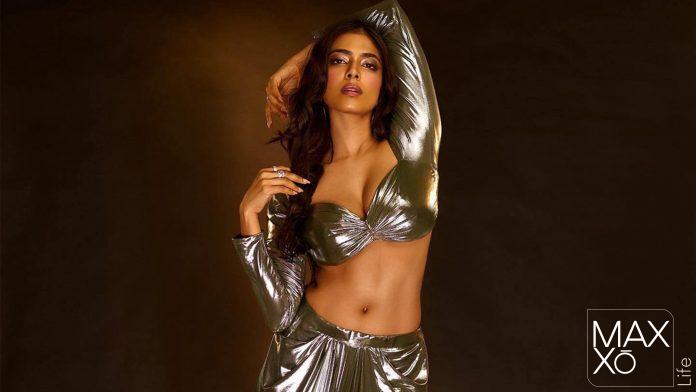 Malavika Mohanan, a very active actress on social media, makes her followers ecstatic by sharing both her stunning images and her lifestyle. Her most recent photos, which highlight her amazing appearance while she wears a lovely silver dress with a Halloween motif, have gone viral online. Netizens are praising this as one of her most gorgeous pictures yet, despite the text, “Silver Sable but make it dainty. Happy Halloween everyone.”

The gorgeous photos were taken by Tejas Nerurkar (@tejasnerurkarr) and styled by Meera (@styled_by_meera, @tryagaintoobad). The beautiful makeup was done by Anigha Jain (@makeupbyanighajain) and the hair styling by Riya D. Sheth (@riyasheth.makeuphair). The stunning ensemble was designed by Deme and Kalki Fashion (@deme_love_ , @kalkifashion). Earrings from Aquamarine Jewellery (@aquamarine_jewellery). PR-Abhinav (@theitembomb). Malavika Mohanan debuted alongside Dulquer Salman in “Pattam Pole” in 2013. But her career has grown at an astonishing pace, particularly in Tamil cinema, where she made her acting debut in the critically acclaimed film “Petta” alongside Superstar Rajinikanth. The following notable appearance for Malavika was alongside Thalapathy Vijay in the Lokesh Kanagaraj-directed movie “Master,” which also starred Vijay Sethupathi and was one of the most successful Tamil movies. 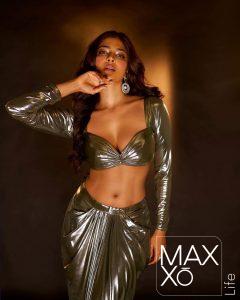 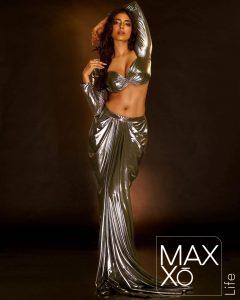