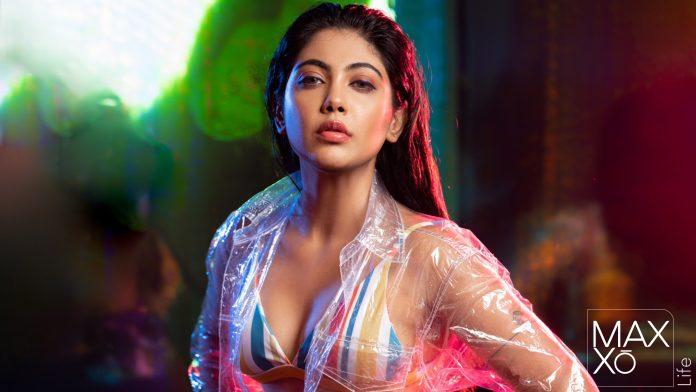 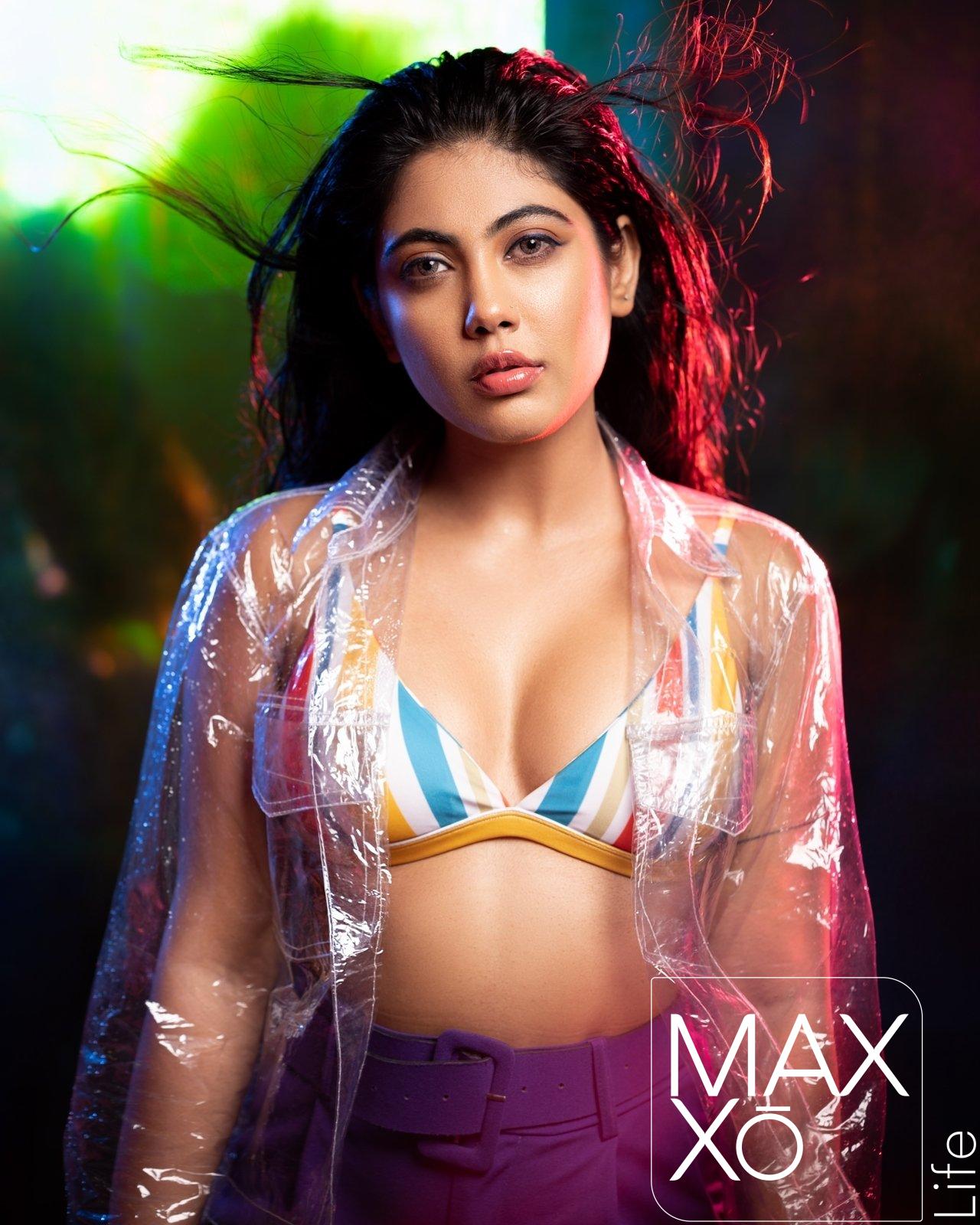 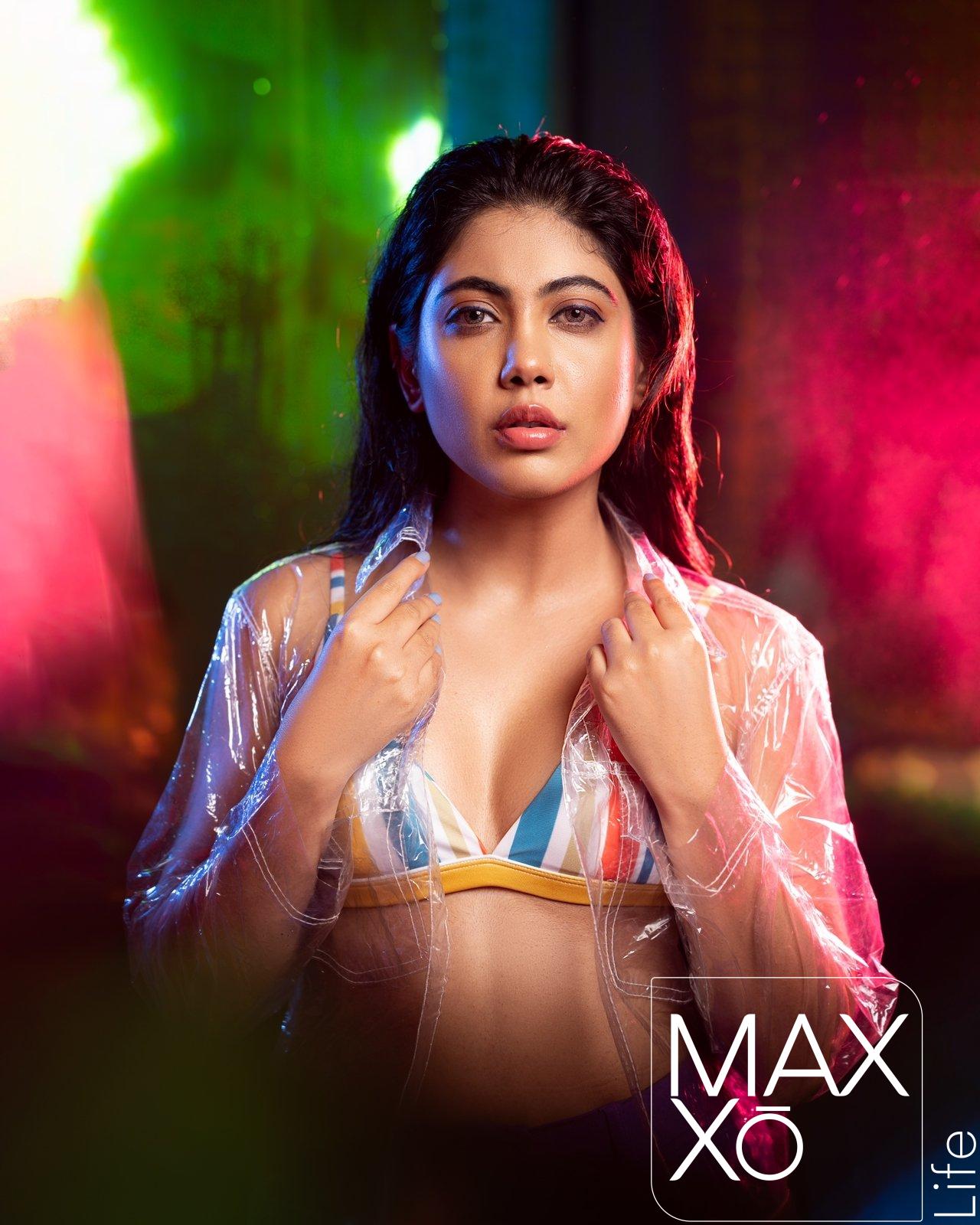 ayana Elza, the ‘June’ fame actress is making the internet go la la as she is shining on social media with bold photoshoots. A lot of criticism and cyber-bullying came against the actress because of the alluring photos she has been sharing on her social media platform.

Nayana looks absolutely breathtaking in her recent photoshoot. She wore a multicolor striped bralette with a clear, transparent overcoat paired with a violet palazzo pant. The bold theme is drawn to the sharp look with gleaming makeup and pink glossy lipstick with coral undertone. She keeps her hair open, which is combed all the way back, and completes it with a simple stud earring.

The photoshoot that was posted was like a reply to the negative comments with which she has been dealing lately. She captioned the picture, “My clothes are still colossal than your mindset,” with a sparkling star emoji. The picture was captured by Jibin Somachandran (@jibinartist @plan.b.actions). The makeup was done by Alagne Signature (@alagne_signature) and styled by Sanliya Sabu (@sanliya_sabu). The super-attractive costumes were from Western Lady Boutique in Kochi (@western_lady_), and the jacket is from Koori Designs (@kooridesigns).

Nayana has lately opened up about the negative feedback she has been getting with her photoshoots. In her latest interviews, she opened up about the judgmental opinions on social media. She says she decided to try bold looks to get different roles as she can’t be always doing the next-door simple character with her chubby and bubbly look. She is trying to break that “cute girl” image to get more opportunities in the film industry. “I was rejected for the roles without even auditioning for them; they just rejected me by saying I am chubby, and I cannot play that specific serious role with this bubbly look, and that is what makes me heartbroken,” she says.

Nayana also expresses her thoughts on dressing style, stating that it is clearly in someone’s personal interest for no one to interfere with or impose such amateurish suggestions on it. “It is not the length of the dress that defines the character of someone,” she remarks.

Nayana can be seen next in ‘Iru,’ an upcoming movie directed by Fr. Varghese Lal and co-starring with Rajeev Rajan, Renij Panicker, Dain Davis, Vidya, and Anjali Nair. The story of the film is inspired by the Shakespeare play ‘Othello.’ 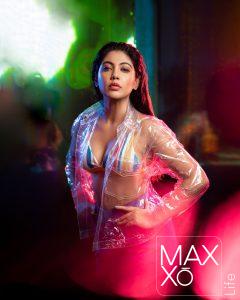