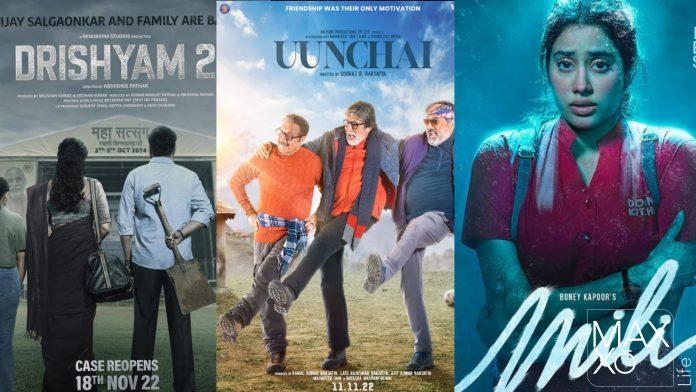 A new year is one day away and if you are planning to watch some movies sitting on your couch, here are some suggestions.

1. MILI
Mathukutty Xavier’s Indian survival thriller Mili is available now on Netflix, it’s a remake of his own 2019 Malayalam movie Helen. The movie is produced by Boney Kapoor and Zee Studios, and the film stars Janhvi Kapoor, Sunny Kaushal, and Manoj Pahwa. It centres on Mili Naudiyal, the title character, who becomes trapped in a freezer and struggles to survive. 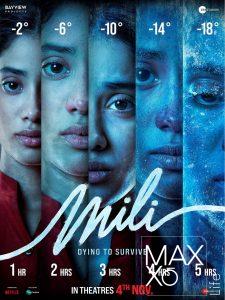 2. UUNCHAI
‘Uunchai’, directed by Sooraj Barjatya, starring Amitabh Bachchan, Anupam Kher, and Boman Irani,released in theatres on November 11, is all set to start streaming on OTT. It will be streaming on Zee 5 from January 6 2023. Three friends leave their cozy lives behind to embark on a journey to Mount Everest.They plan to trek to the Everest base camp to fulfil their lost friend Bhupen’s dream. The trek becomes a personal, emotional, and spiritual journey as they struggle with their physical limitations and learn what it truly means to be free. 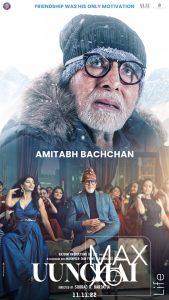 3. DRISHYAM 2
Drishyam 2 is available to rent on Amazon Prime Video. The movie will be available to stream a month later. Drishyam 2 Hindi was first released in theatres on November 18, 2022. The film stars Ajay Devgn, Shriya Saran, Tabu, and Akshaye Khanna. The Hindi film Drishyam was adapted from the original Malayalam movie Drishyam 2, directed by Jeethu Joseph. The plot revolves around a family of four whose lives are turned upside down after their oldest daughter suffers a tragedy. 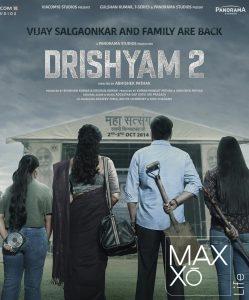 4. DSP
‘DSP’ , an action comedy film directed and written by Ponram, is now streaming on Netflix. The film stars Vijay Sethupathi and Anukreethy Vas while other actors like Prabhakar, Pugazh, Ilavarasu, G. Gnanasambandam, Deepa, and Singampuli appear in other roles. The film was released theatrically on December 2, 2022. This movie revolves around a man who is forced to become a policeman and fight the odds. 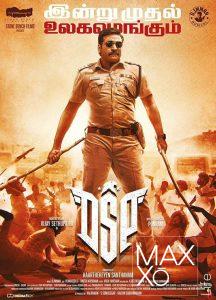 5. Gatta Kusthi
Gatta Kusthi starring Vishnu Vishal, Aishwarya Lekshmi in the lead is a sports comedy drama that released in theaters on December 2, 2022. The movie written and directed by Chella Ayyavu is now all set for a digital premiere; Netflix has officially confirmed the film’s OTT release date to be January 1, 2023. The movie revolves around a male chauvinist marrying a girl who is a polar opposite to his expectations. 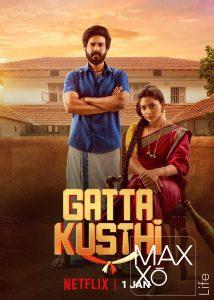