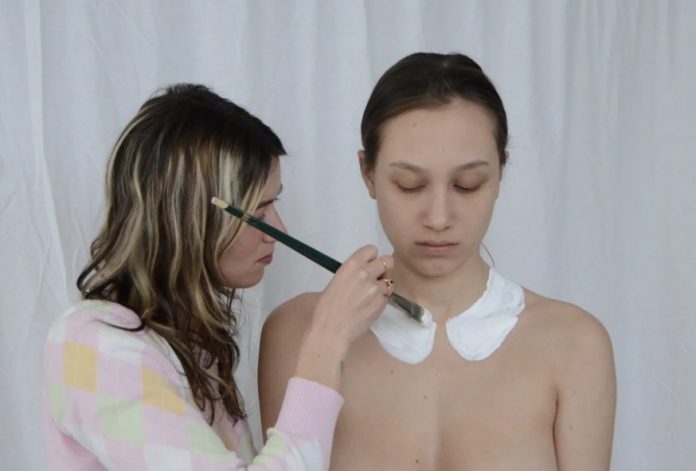 Shortly before the order to shelter in place was issued in New York City, photographer Bella Newman was in her second-to-last semester at New York University’s filmmaking program. In the middle of March, right as circumstances in the city started to escalate, she packed up her things to go into lockdown with her extended family and two friends in her suburban Central Pennsylvania home. She’s currently working on a feature film for one of her classes, which are now taking place remotely, and being home has actually helped her get back into the spirit of this project. “The script I’m writing is kind of based off of my high school years, so it’s nice being back there for that for inspiration,” she says the 21-year-old photographer.

Aside from this script, Newman’s been working on a photo series that bears a similar nostalgic influence. Newman typically shoots on film, but for this self-isolation photo diary that she’s now shared with Vogue.com, she’s been using her dad’s old digital camera. “Every picture I have of myself as a child was taken with this camera,” she says. “I’ve been in quarantine trying to be creative and compile all of these strange things that give expression to my inner child,” says Newman of her photo diary, which she admits has a sort of pastoral, “cursed image” sort of vibe. “I’ve been feeling kind of nostalgic and going back to this childlike freedom of not having any responsibility and not having anything to really do.”