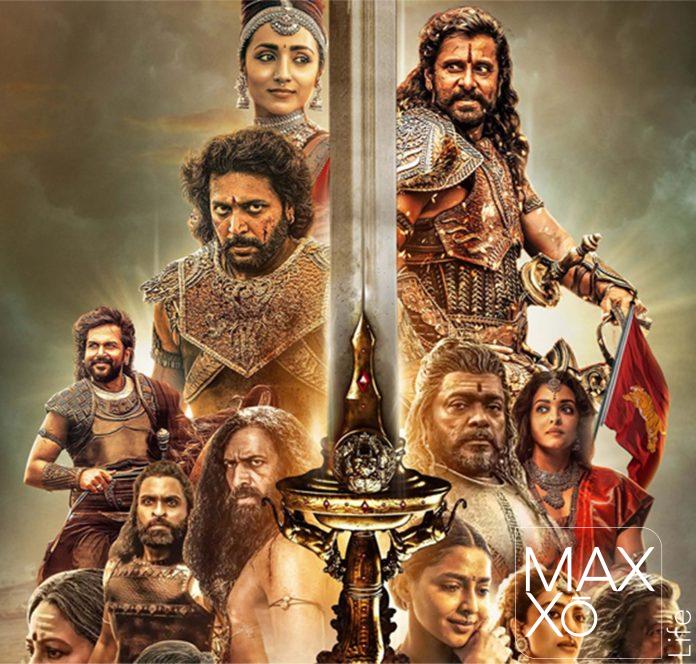 Mani Ratnam’s spectacular adaptation of Kalki’s sprawling epic Ponniyin Selvan, which perfectly describes the intrigue, thrills, and page-turning quality of the books, brings the dream of many Tamil filmmakers to life. Ponniyin Selvan is a grand epic that has so far eluded being turned into a movie. The director and his writers, Jeyamohan and Ilango Kumaravel, rise to the challenge in this first of a two-part series. The way the book has been compacted is admirable, and the changes—such as Kundhavai intruding into a private meeting and the introduction of Ponniyin Selvan’s enigmatic savior—have boosted the narrative’s pace. The dialogues by Jeyamohan stand out in particular because he skilfully merges formal and informal language without coming off as anything strange.

The movie does begin with a rocky start because the director takes his time setting up the story. The kingdom is under attack, so the crown prince, Aaditha Karikalan (Vikram), asks his companion Vandhiyathevan (Karthi) to notify his sister, princess Kunthavai (Trisha), and the emperor, Sundara Cholar (Prakash Raj), of the situation. The empire’s finance minister and commander, Periya Pazhuvettarayar (Sarath Kumar), and Chinna Pazhuvettarayar (Radhakrishnan Parthiban), as well as the numerous kings who have pledged allegiance to the ruler, the survivors of the defeated Pandya king, and—most significantly—Nandhini (Aishwarya Rai Bachchan), a plotter who is determined to topple the entire As we are introduced to the many characters in the plot and the history connecting them, these sections, which inevitably contain some exposition given the nature of the tale, have very jerky transitions. There are points when we feel that there are too many events happenings quickly, which could make it difficult for anyone who hasn’t read the books to understand the plot. The quick character introductions also mean that we move on to the next one before we completely understand the motivations of the one, we just met.

However, the movie soon falls back, and by the time we get to the intermission (when Karikalan is haunted by the ghost of the previous film), we’ve become captivated by this tale of palace intrigue. The pace quickens and the movie races to its conclusion with nail-biting sequences involving the slain Pandya king’s personal guards, who land there to kill Arunmozhi. Additionally, the director sets up the sequel on a high note with a swashbuckling stunt on a ship in a stormy sea. The action then shifts to Sri Lanka, where Karikalan’s younger brother, Arunmozhi Varman, lives.

The casting is essentially perfect. Together with Jayaram, who plays the spy Alwarkadiyan, and Karthi, who is fantastic as the jovial Vandhiyathevan, they inject humour into the mostly serious proceedings. With her seductive charms, Aishwarya successfully channels the spirit of Nandhini, while Vikram, Jayam Ravi, and Trisha are strong as the royals. Unlike in the Baahubali movies, the frames here have a more subdued grandeur. A considerable portion of the film was shot on location, and cinematographer Ravi Varman dazzles us with images of imposing fort walls, immense halls with numerous pillars and high ceilings, a lone boat on a vast stretch of the ocean, and countless bodies lined up on the beach. Even though AR Rahman’s chopped-up songs are mostly used to tell the story, his score helps make the second half of the movie more exciting. 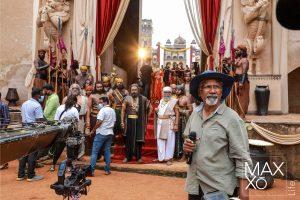