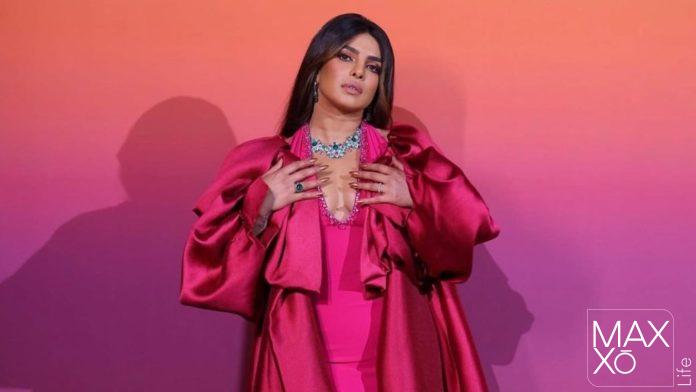 Priyanka Chopra uploaded a number of pictures from an event in Dubai that she attended wearing a dark pink gown and matching shrug.

After making the most of the long weekend in Dubai by relaxing on a yacht, Priyanka Chopra reported for duty on Monday. In a dark pink gown with a large shrug, the star caught everyone’s attention as she arrived at a jewelry event in Dubai as the brand’s ambassador. Furthermore, her hair was styled differently.

As she posed in the pink gown and shrugged at the event, Priyanka was the center of attention. Later, when she was posing for photos, she took off the big shrug. She had added a dramatic diamond necklace and pair of earrings to the ensemble.

“What a lovely evening celebrating @bulgari’s Eden, Garden of Wonders collection in Dubai with my good friend @jc.babin,” Priyanka wrote on Instagram after posting some gorgeous photos of herself from the occasion. @lucia silvestri, your amazing creations are so lovely and make everyone who wears them happy. I’m honored to serve as your representative.
One of the first people to comment on her post was her husband Nick Jonas. In response to the pictures, he addressed her as “Hottie.” The actor tagged JC Babin in her post, and JC Babin responded, saying, “Thank you so much and the best to you and your family back home.” “How are you real, Priyanka was questioned by a fan in the comments section. That outfit!, penned one of her admirers. The cosmetics! It’s the hair! This outfit is (fire emojis) in every way. She was referred to as “Bvlgari’s Barbie Girl” by an admirer. Wow, that’s gorgeous. I can’t!!!!” read a different comment.

Priyanka had posted some breath-taking glances from her weekend the day before. She enjoyed some time in the sun on a yacht, some beers with a buddy, and some jet skiing in the clear waters with a distant view of the Dubai cityscape. 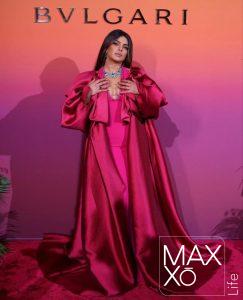 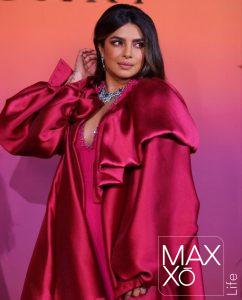 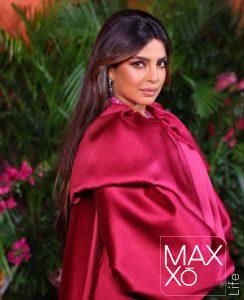 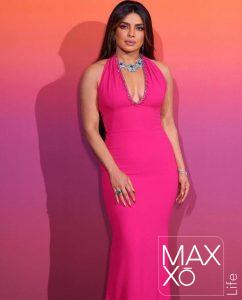 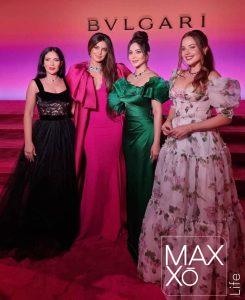 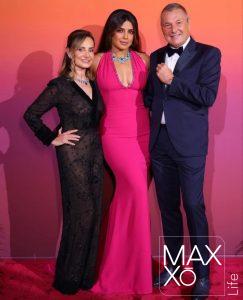