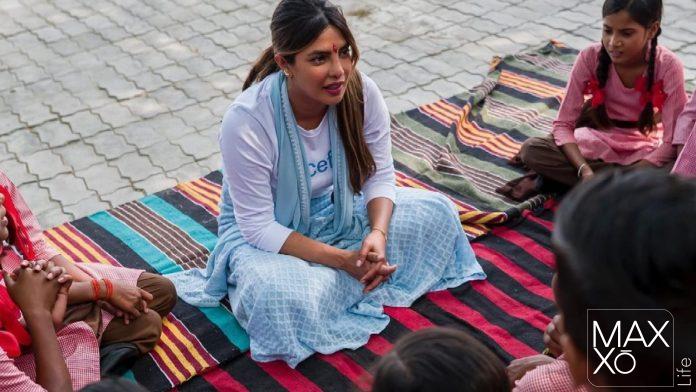 Priyanka Chopra made a trip to Uttar Pradesh, staying in Lucknow. The actor, a UNICEF ambassador, is in Uttar Pradesh to observe the efforts being made to eradicate violence and prejudice against girls. The star, who recently travelled to Mumbai and Delhi, tweeted a video of herself on Monday as she left on a field trip in Uttar Pradesh to learn more about the organization’s efforts to combat discrimination and violence against girls in the region. Priyanka Chopra released a video of herself driving around visiting different UNICEF centres on Instagram Reels. During her journey, she also uploaded a video showing a traditional Chikankari garment.

Priyanka stated in the video that gender disparity in India results in unequal chances, particularly for girls. In addition, she remembered having friends and family who still resided in Lucknow when she was a child and attending school there. She continued that she wanted to observe what changes had occurred in the state and city since she had last been there.

“I’m with UNICEF right now in Lucknow, India. This field trip is something I am quite excited about. I have family and friends here, and I attended school here for much of my childhood. And I’m interested in learning how things have changed for women and kids in the state of Uttar Pradesh. I’m interested in seeing how innovation and technology are contributing to that change on a larger scale.” According to Priyanka, the girls are the ones who are most disadvantaged because of the gender imbalance in India. The actor also discussed exploring methods to stop prejudice and violence against girls in Uttar Pradesh. In the video, Priyanka said, “We are touring different UNICEF partners to see the work being done to stop violence and discrimination against girls. I will learn about the difficulties they encounter on a daily basis and observe the available answers because scalable solutions are required. Women and girls hold the key to securing better futures for not just themselves but also for their communities, as I have stated more than enough.”

Both of Priyanka’s parents, the late Ashok Chopra and Madhu Chopra, were doctors who served in the Indian army. The actor has previously discussed residing in several tiny villages around the nation and referred to Bareilly, Uttar Pradesh, as her homeland. After becoming Miss World 2000 at the age of 18, Priyanka entered the acting world, making her debut in the Tamil film Thamizhan opposite Vijay before appearing with Sunny Deol in her first Hindi film, The Hero: Love Story of a Spy. Fans can expect to see Priyanka in a number of future films, including Farhan Akhtar’s Jee Le Zaraa, which also stars Katrina Kaif and Alia Bhatt. She also has the Anthony Russo and Joe Russo-produced television series Citadel. Furthermore, Priyanka will appear in the Hollywood production of “Love Again.” 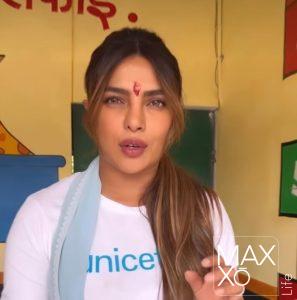 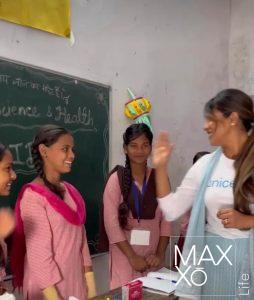 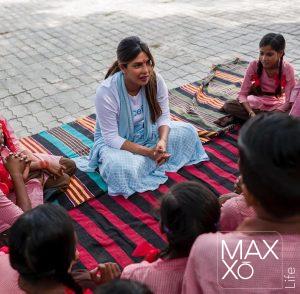 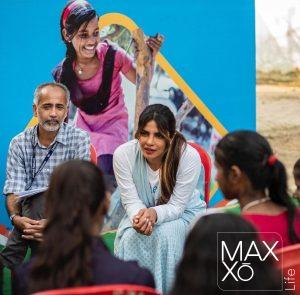 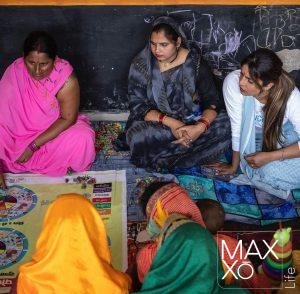 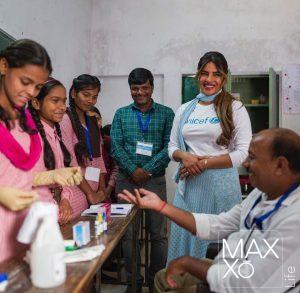