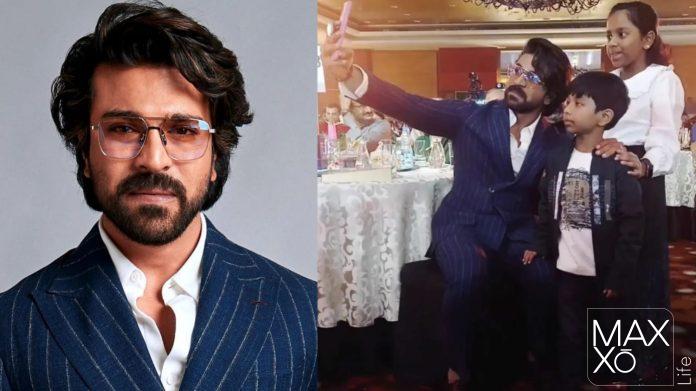 Mega Power Star Ram Charan recently attended an awards ceremony where he received recognition for his contributions to Indian cinema. The RRR actor attended the celebration and got to know the children of Colonel Santosh Babu, a Braveheart Army officer who died in the Galwan Valley disaster. The young children approached Ram Charan for a selfie because they are fans of the actor. Ram Charan complied with the request by posing with the infant and even comforting the children.

As soon as the video surfaced on social media, netizens began to appreciate it. One Twitter user referred to the actor from Acharya as a “True legend.” Another user referred to him as a “Gentleman” at the same time. During the occasion, Ram Charan even got to meet Sonu Sood and Neha Kakkar.

Megastar Chiranjeevi, Ram Charan’s father, and others congratulated him on the honour through Twitter “I am ecstatic for you and proud of your achievement in receiving the True Legend Future Of Young India Award. Bravo! Bravo, dearest, Ram Charan – Appa and Amma.”

The narrative for the movie RC15 was written by director Karthik Subbaraju, while the camera work is being handled by Tirru and R. Rathnavelu. Shameer Muhammed is handling the drama’s editing in the interim. S Thaman, a well-known composer, composed the music for the film, which is set to be released in theatres by the end of next year in 2023. According to speculations, Ram Charan’s upcoming film will depict him as an IAS officer. 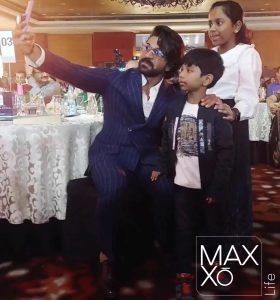 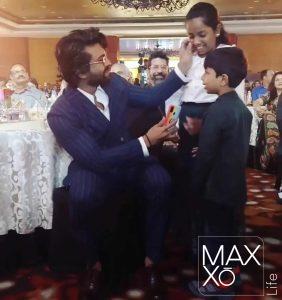 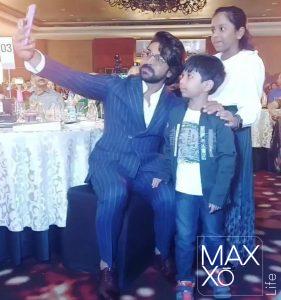 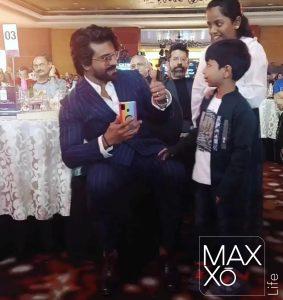