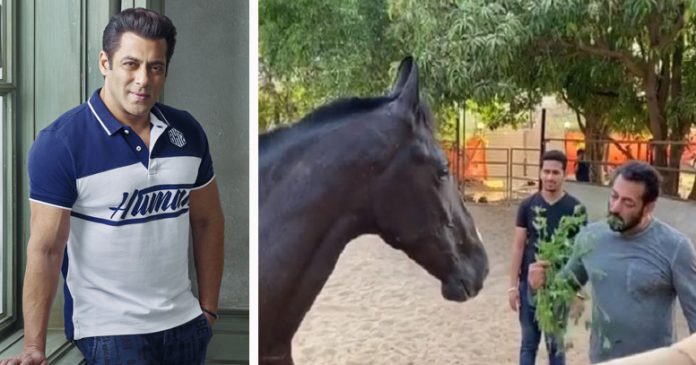 Lockdown time is boring not only for ordinary people but also for the film stars. Fans have taken to video of Bollywood actor Salman Khan sharing it on his Instagram. In the video he is feeding his horse and Salman is enjoying it and eating it.

Breakfast with my love…

Salman Khan is currently living in Isolation at his farmhouse in Panvel. The video was shared with the caption ‘Breakfast with my beloved’.

Salman also chews the horse and gives it some chewing. Salman has a good taste and can be heard in the video.