Tamannaah Bhatia gave a glimpse of her “businessman husband,” in response to rumours about her marriage. Tamannaah Bhatia, responded to a paparazzi post about her wedding rumors. The paparazzi released a video of Tamannaah entering a room and closing the door while wearing a green sari on Instagram. The heading stated, “Rumors of Tammanah Bhatia’s marriage. Does she intend to wed a businessman who pursued her?”

Tamannaah posted the video on Instagram Stories and captioned it, “Seriously???” with multiple face with a monocle emojis. After that, Tamannaah uploaded a video of herself. She appeared in the little footage with short hair and a moustache while dressed like a male.Tamannaah was dressed in a dark pair of slacks, a green jacket, and white sneakers. She was in the same location in the video as she was in the earlier one. She posed differently after opening the door, which she promptly shut. “Introducing my businessman husband… (laughing emojis) @viralbhayani,” the star posted. The hashtags “marriage rumours” and “everyone is writing my life” were added by Tamannaah.

Previously, a lot of speculation said that Tamannaah would wed a businessman from Mumbai. The businessman has reportedly been trying to win her over for a while, according to an India TV News story. Tamannaah’s wedding rumours also surfaced earlier this year.Tamannaah had then stated, as reported by News18, “I’m not in the mood to get married right now. Right now, my career is going really well, so I want to concentrate on that.” 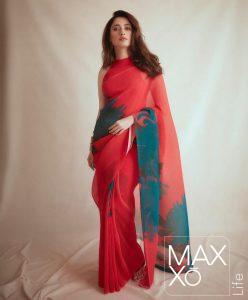