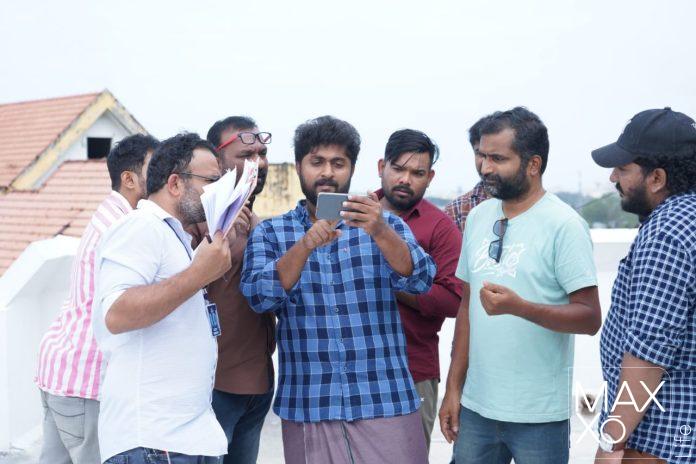 The shooting of Dhyan Srinivasan’s “ID” is in progress..

Produced by Mohammad Kutty under the banner of Essa Entertainments
‘ID’ is a new film directed by debutant Arun Sivavilasam with Dhyan Srinivasan in the lead role. The shooting of the film is in progress. Divya Pillai is the heroine in the film with the tag line ‘The Fake’. The script of the film is a thriller
Apart from Dhyan Srinivasan, Kalabhavan Shajon, Johnny Anthony, Shalu Rahim, Bhagat Manuel, Jayakrishnan, Prashant Alexander, Pramod Veliyanad, Boban Samuel, Ullas Pandalam, Unni Nair, Shafiq, Harish Kumar, Sminu Sijo, Manohariamma, Jasnya Jagadish, Baby, Manasa Manoj, Shiny Sara and others are also lined up in the film.

Essa Group is one of the famous business entrepreneurs in Kerala. Essa Group of Companies, which is currently mainstream in hotels, resorts, service stations, football team and export business, is the new foray into cinema under the name ‘Essa Entertainments’ and this film is now being produced. A lot of films are in the works in the coming months.