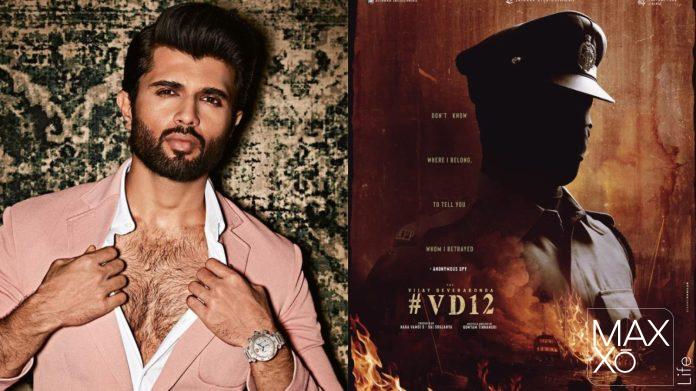 Vijay Deverakonda released a poster for his upcoming movie VD12 that revealed the first look. Gowtam Tinnanuri and Vijay will collaborate on the actor’s upcoming Telugu movie. The actor, who played a police officer in the poster, claimed that when he read the script and learned who would be directing his upcoming movie, which won a National Award, his “heart skipped a few beats.”

A cop with his face obscured by a cloth was depicted in silhouette on the billboard for Vijay’s forthcoming movie, VD12. Vijay Deverakonda tweeted about it, “The Script. The Team. My next. My heart skipped a few beats when I heard this.” Teasing that the film could be a spy thriller, the text on the poster read, “I don’t know where I belong, to tell you whom I betrayed – Anonymous spy.” A flaming ship in the middle of the ocean was also depicted on the poster.

The first look poster was also shared by Gowtam Tinnanuri with the phrase, “First Look.” “VD12 This one with @TheDeverakonda is special.” We are not going to label this earth-shattering, MASSIVE, or HUUUGE, but this is really fantastic, tweeted producer S Naga Vamsi. More information about the VD12 shoot is expected to be released in the upcoming weeks, and it is scheduled to start soon.

Despite having a worldwide opening of $25 crore, Vijay’s most recent film, Liger, which was promoted as a pan-Indian project, bombed at the box office and vanished without a trace. Vijay made his Bollywood debut with the movie. The failure of Liger led to the cancellation of Vijay’s movie, Jana Gana Mana. Puri Jagannadh, who had also directed Liger, was slated to helm it. Vijay will thereafter appear with Samantha Ruth Prabhu in the upcoming Telugu movie Khushi. The movie is scheduled for release this year. 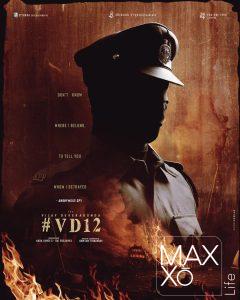 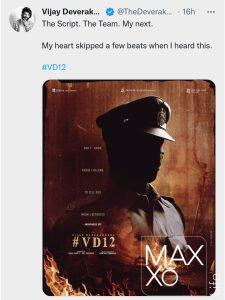