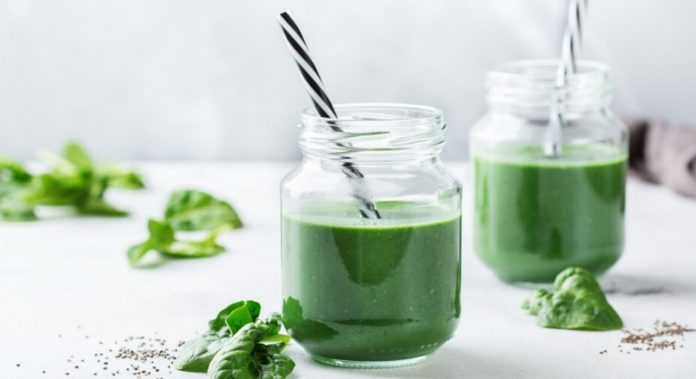 Touted as the most nutrient-dense superfood on earth, spirulina is a blue-green algae that is known for its incredible health benefits when taken as a supplement. Whether you mix it in your smoothie, soup or just a plain glass of warm water or pop it as a pill, spirulina packs in an unbelievable amount of protein, vitamin and antioxidants with every spoonful.

It’s an excellent dietary supplement especially for vegetarians and vegans; it ensures that both your body and the brain are in optimum health with its nutritional benefits. Here’s a low-down on how it helps:

1. Helps Keep the Extra Weight Off
Spirulina is known to boost a person’s metabolism. A higher metabolic rate is directly proportional to the number of calories they burn each day, which may aid in weight loss. Also, according to a study, people who were overweight and regularly had spirulina for at least 3 months showed improved body mass index (BMI).

2. Supports Mental Health
Spirulina can be used to treat mood disorders; since it’s a rich source of tryptophan – an amino acid that supports serotonin production. People with mental health conditions such as depression and anxiety have reduced levels of serotonin. Taking a supplement rich in tryptophan therefore plays a huge role in supporting mental wellbeing.

3. Fights Allergy
Spirulina supplements are especially effective against allergic rhinitis (which is basically inflammation in your nasal passageway) and considerably reduce histamine in the body. Just 2 grams per day is known to dramatically reduce symptoms like runny nose, sneezing, nasal congestion and itching. Spirulina also contains potassium, calcium, chromium, copper, iron, magnesium, manganese, phosphorus, sodium and zinc – all of which are said to boost immunity.

4. Reduces Blood Pressure
Whether you’re overweight or suffer from hypertension, consuming at least 4.5 grams of spirulina everyday for 3 months will considerably bring down your blood sugar levels. FYI: High blood pressure is the number one reason for heart attacks, strokes and chronic kidney diseases.

5. Has Antitoxic Properties
It’s no surprise that in most parts of the world, people are at a risk of poisoning from contaminated drinking water and don’t have access to pollutants-free food. Spirulina is known to have antitoxic properties that can counteract pollutants like arsenic, fluoride, iron, lead and mercury.

This wonder supplement has a host of other health benefits too that include lowering bad cholesterol and managing diabetes. Make it a part of your diet now!

Alphonse Puthren’s “Gold,” reached the milestone of 50 crore in pre-release