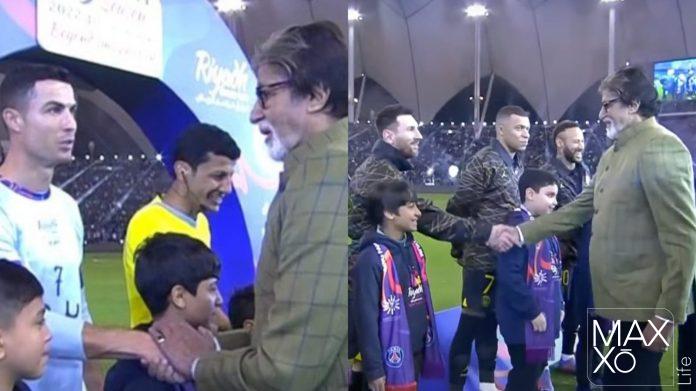 Amitabh Bachchan had an ‘incredible’ evening in Riyadh yesterday when he met football superstars Lionel Messi and Cristiano Ronaldo. The players competed in a match between PSG and the Saudi All-Star XI at the King Fahd International Stadium. Amitabh tweeted about his special evening on social media platforms today. 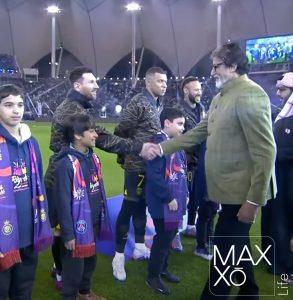 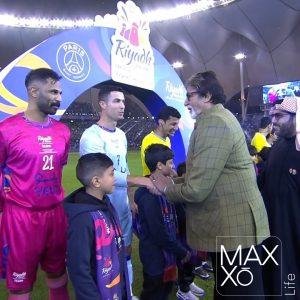 Sharing his thought about the same on Twitter, Amitabh wrote, “‘An evening in Riyadh’ what an evening… Cristiano Ronaldo, Lionel Messi, Mbape, Neymar all playing together … and yours truly invited guest to inaugurate the game … PSG vs Riyadh Seasons … Incredible !!!” The actor’s fans were amazed at the video he shared from the game. “The GOAT of Bollywood meets the GOATs of the football world,” wrote one. “We all proud of you Amit ji. Your modesty and your dignity are something to learn. They are so lucky shaking the hands of the best actor in the world,” wrote another.

The video showed Amitabh Bachchan walking into the stadium with match officials and meeting each and every player by giving them a handshake. He exchanged greetings with Messi, Ronaldo, Kylian Mbappé, and Neymar. The sight of the actor on the field astounded the children standing next to the football stars.

Lionel Messi and Cristiano Ronaldo each scored in Paris Saint-5-4 Germain’s victory over the Saudi All-Star XI. Yesterday’s game marked the 37th meeting between the two football titans, and the first since 2020. It could be their final meeting on the field. Ronaldo and Messi have now scored 23 goals against each other, with Messi leading the series with 17 wins to Ronaldo’s 11. 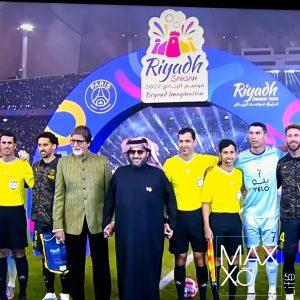